You may or may not consider the Samsung Galaxy S21 Ultra a huge upgrade over the S20 Ultra, but there's no denying that the company changed up the camera setup a bit. The most notable change is the replacement of the 48MP periscope zoom camera with a dual 10MP telephoto setup, promising up to 10x optical zoom. Other than these two, the specs remain the same on paper: There's a 108MP primary camera, a 12MP ultra-wide, and a 40MP selfie cam.

The camera system has some updated sensors on board, though, and there are some new software tricks in part enabled thanks to the Snapdragon 888. All cameras now support 4k60fps video capture, which is a first for a Galaxy phone. There's also a 12-bit RAW file option, which helps when you want to edit fine details in your S21 shots. 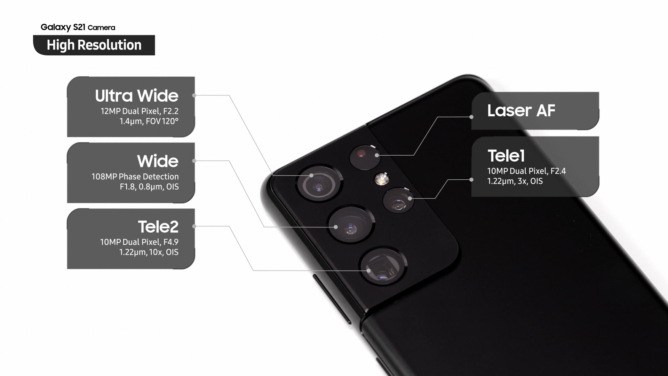 While the main camera's megapixel count and specifications are mostly identical between the S20 Ultra and the S21 Ultra, Samsung shared that it's actually a brand-new sensor, the ISOCELL HM3. It promises a three times wider dynamic range and 64 times richer colors.

For low-light situations, Samsung touts improvements to its pixel binning technology that combines nine pixels into one to increase the amount of light captured. That should produce brighter and less noisy images compared to the S20 Ultra. There are also enhancements to the proper night mode. Samsung says the new sensor's AI has been improved to be even better at automatically capturing multiple frames with different exposure times to create a bright image of, say, the night sky or a dark cave. There are also improvements to photos with backlighting and motion blur. The camera automatically takes multiple frames and combines them to create an evenly lit, hopefully blur-free image.

Like the S20 Ultra, the new phone also supports 8K video at 24fps. 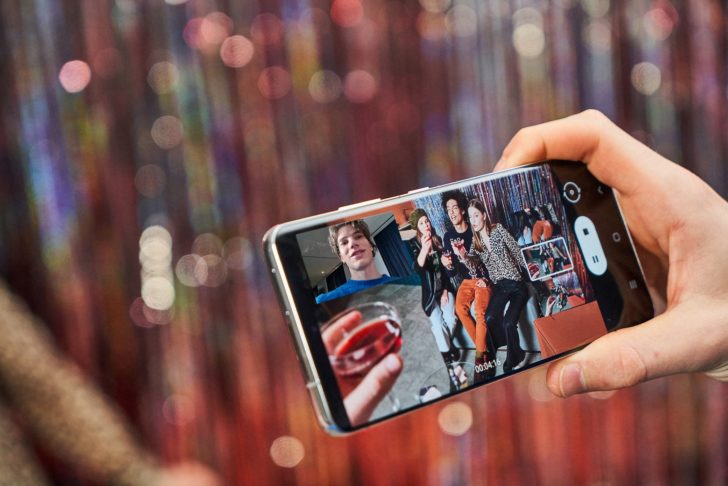 Unlike the Galaxy S20 Ultra, which comes with a single optical zoom lens, the S21 Ultra divides its optical zoom capabilities across two 10MP telephoto lenses offering 3x and 10x zoom, both equipped with Dual Pixel (2PD) AF. Once again, Samsung claims its camera array is able to achieve 100x digital Space Zoom, but the company has yet to prove that this isn't just a marketing ploy — 100x digital zoom just doesn't look great, and even Samsung's own marketing footage doesn't exactly look flattering — see below. 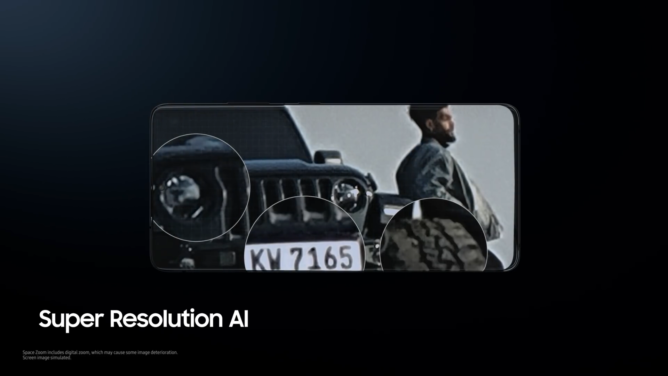 To help you get better images at digital zoom levels exceeding 30x, Samsung has added a new zoom lock option. It's basically a super-charged electronic image stabilization method that allows you to lock your subject in the frame. It automatically activates when you hold still for more than two seconds while zooming, but you can also manually start the feature by tapping a new zoom lock option in the camera app.

The 12MP ultra-wide lens doubles as a macro camera and is automatically activated when the autofocus notices that you're less than 30cm (12 inches) from a subject. Other than that, it offers a 120° field of view for those dramatic pictures that everyone loves to share on Instagram. The last sensor on the back is a laser AF sensor. Given that the Note20 drastically improved on the S20 Ultra's abysmal autofocus performance, we sure hope that Samsung has learned its lesson for good. 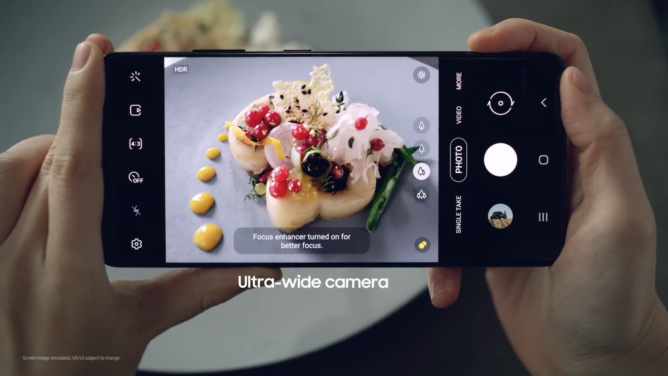 Samsung hasn't talked much about the 40MP selfie cam, so we assume that the lens is pretty similar to the one it used in the S20 Ultra. Once again, the camera is placed in a punch-hole cutout in the top center of the display, and it produces pixel-binned 10MP images. 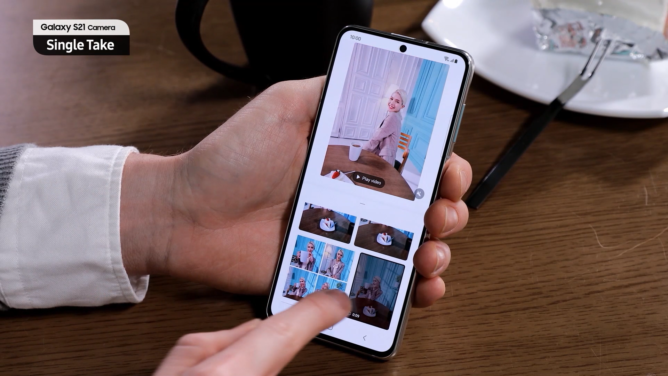 Like any other recent smartphone before it, the S21 Ultra has a slew of smart photo features on board, most of which we already know from the S20 Ultra. Single Take has seen some improvements. The video/photo mode that allows you to take 5 to 15-second shots from various cameras simultaneously and apply filters to them now includes a newly added "dynamic video" option. There are also some video goodies like a Super Steady mode, and as mentioned earlier, you also get night mode, astrophotography capabilities, Space Zoom, zoom lock, and much more.

In contrast to the S20 Ultra, the S21 Ultra doesn't add too many groundbreaking novel photography features. Samsung instead focuses on iterating and improving on the S20 cameras while throwing out approaches that didn't work — i.e., trading the 48MP zoom lens for two 10MP telephotos and a new autofocus sensor. We'll be able to tell you if Samsung succeeds in our review, so keep your eyes out for that.