The star of yesterday’s Samsung event was definitely the new Galaxy S21 line, but there were so many more smaller bits of news joining it. One such feature coming to the S21 and other Galaxy phones is Digital Key, which is basically Samsung’s answer to Apple's Car Keys, but with support for a wider range of devices, cars, and even houses.

From what little we learned during its brief on-stage mention, Digital Key as a built-in feature sure sounds promising. For starters, compatible Galaxy phones will use their UWB and NFC capabilities to know when you’re approaching your car and unlock it for you. However, it wasn’t immediately clear if you'll need to bring the phone closer to the car’s handle to unlock it via NFC. With UWB AR, the phone will not only be able to spot your car in a big parking lot, but will also guide you to it (shown below). 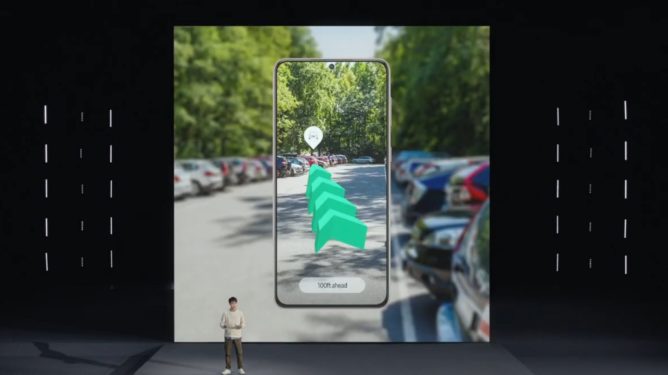 What’s even better is that you’ll be able to share these keys with your friends and family, regardless of the smartphone they use. These cross-platform capabilities could be made possible because Samsung partnered with two industry bodies — Car Connectivity Consortium and the FiRa Consortium — to use their standardized tech. Right off the bat, Digital Key will work with compatible cars from Audi, BMW, Ford, and Genesis.

The fine print adds that the feature will only work on Samsung phones that support UWB — namely the Galaxy S21+, S21 Ultra, Note20 Ultra, and the Galaxy Z Fold2, leaving out the standard S21 and the Note20. You'll also need to be running Android 11 with One UI 3.1 to have the feature. Digital Key’s arrival for houses and cars should start in July and August, respectively.