Google's Stadia platform has been commonly criticized for not taking advantage of its presence in the cloud more fully. For example, most of the games available on Stadia available on other platforms, even though cloud servers are (theoretically) more versatile than console or PC hardware. Google is now launching a new feature that has mostly only been seen previously with console emulators — sharable game states.

"State Share turns a normal image or video capture into a portal to a unique game experience," Google wrote in an announcement. "By embedding a game state within each capture, sharing gameplay for others to watch is transformed into a chance to try a playable slice of the game yourself. Each game state is defined by specific gameplay elements like player loadout, objectives, and difficulty, and trying each one is as easy as clicking a link." 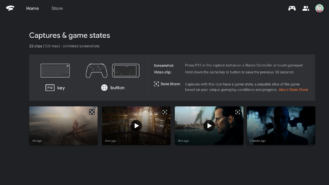 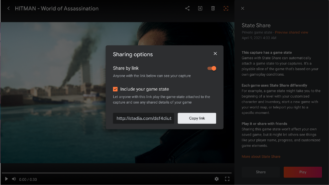 Unsurprisingly, State Share requires the game to support it, and Google has only so far confirmed that the Hitman trilogy will work with it. With those games, State Share will include the current mission starting location, objectives, player loadout, and mission difficulty. Google says more titles will work with it "in 2021 and beyond." Also, the person using the link needs to own the game and any DLC associated with the shared state.

Shate Share should go live on January 20th, and Stadia Pro members can claim Hitman 1 and 2 for free right now.