CES 2021 has come and gone, and with it came a slew of announcements showcasing cool and wacky gadgets like LG's Rollable smartphone and Chamberlain's $3,000 smart pet door, coming later this year. Typically, not many Chromebooks are announced at the event as they are a niche product in a broad spectrum of laptops, and this year was no exception. But here, we've compiled a list of all the new Chromebooks announced at CES 2021 for your convenience, so let's jump right in. 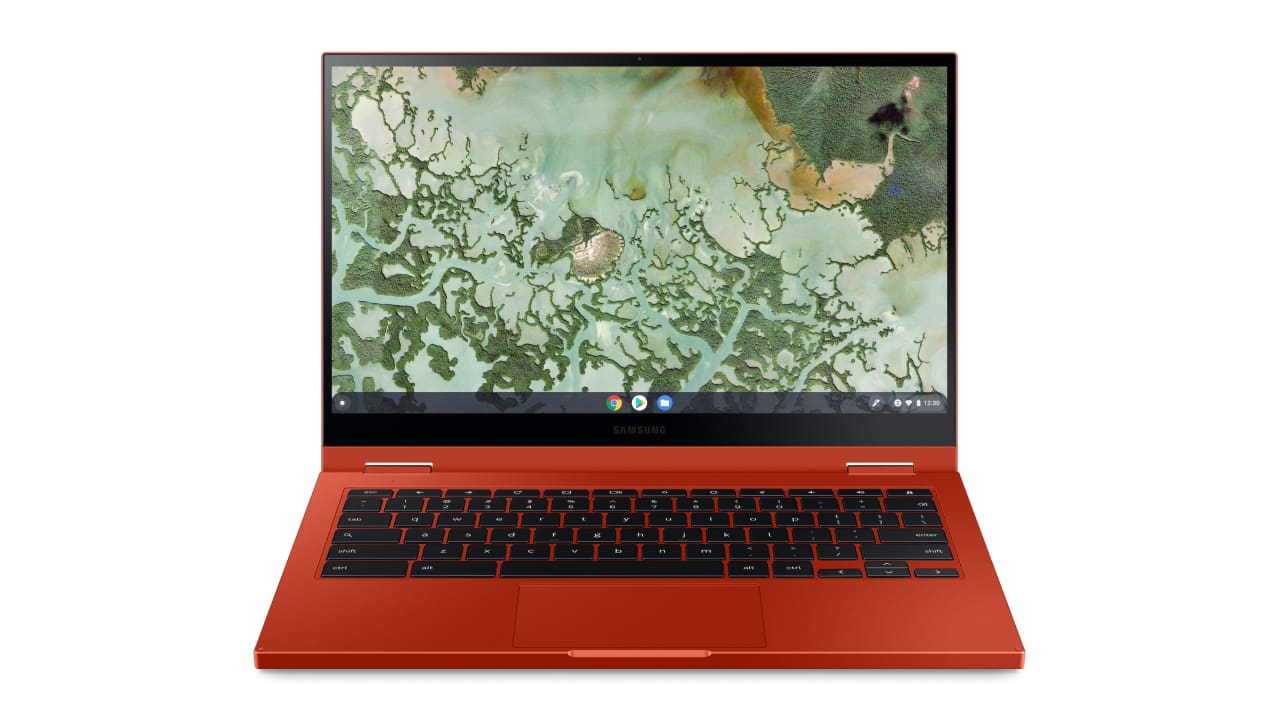 Remember last year's Samsung Galaxy Chromebook that stole (and broke) our hearts? Samsung announced a successor to its convertible, and it keeps the flirtatious red color we loved. While the new Chromebook improves the keyboard, speakers, and security, the company made some crucial downgrades to address the slew of problems—notably the abysmal battery life and thermal issues—that plagued the first-generation device.

The Samsung Galaxy Chromebook 2 ditches the eye-popping 4K OLED display and swaps it for a 1080p QLED display. The base model is also less speedy, opting for an Intel Celeron 5205U and 4GB of RAM compared to its predecessor's i5 chipset and 8GB of RAM. There are other omissions—like removing the integrated stylus and fingerprint sensor—but overall, the Galaxy Chromebook 2's 12-hour battery life and lower price make it a better value than the older model.

The device will be available to purchase sometime during the first quarter of 2021. The base model will start at $549, with the highest configuration priced at $699. 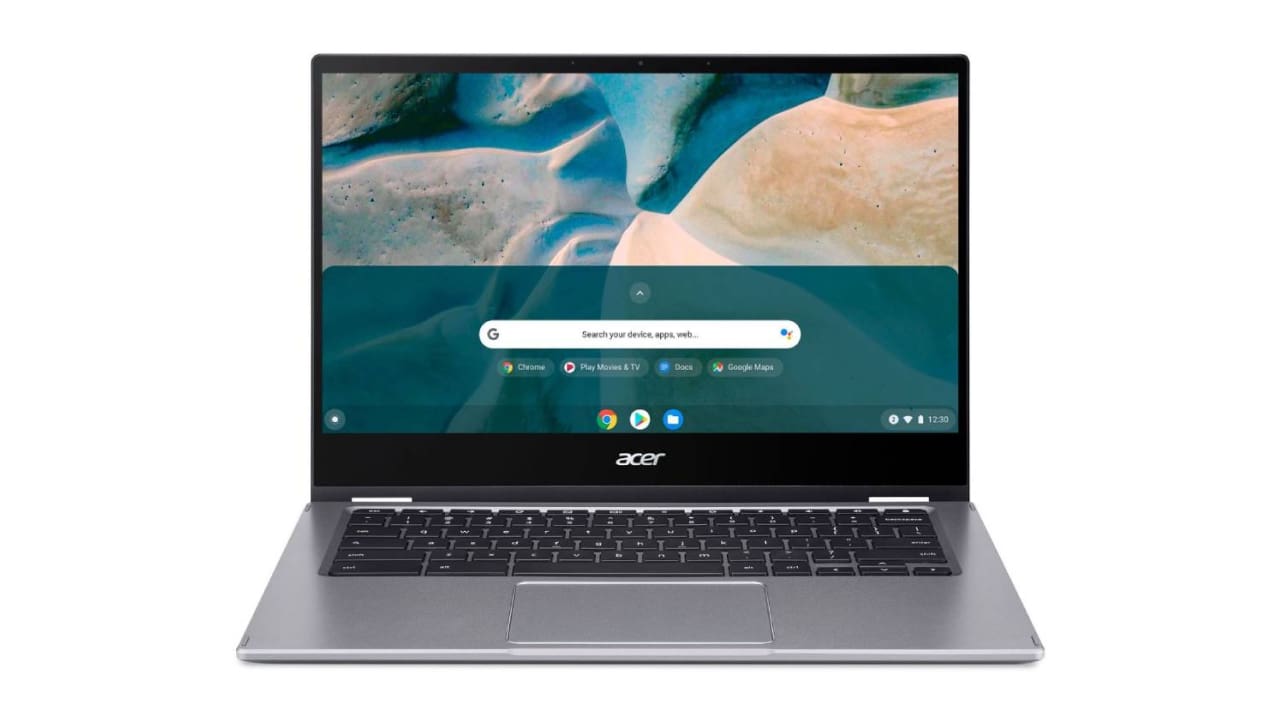 Acer debuted its Chromebook Spin 514 during the event, and it's clear that the company is betting big with its hardware. While nowhere near as flashy as the Samsung Galaxy Chromebook 2, this convertible device is Acer's first to feature an AMD chipset, representing an enormous leap in performance compared to its older mid-range models.

The company hasn't announced specific configurations of the device yet. Still, we know that the Spin 514 will sport a speedy quad-core Ryzen 5 or Ryzen 7 with memory configurable up to 16GB RAM. It'll also offer a maximum of 256GB eMMC storage, 10 hours of battery life, and a handful of I/O ports to save you from dongle life. The lack of Wi-Fi 6e and Bluetooth 5.2 is a bummer, but the starting price still makes the laptop an excellent bang-for-buck device.

The Spin 514 will be shipping out to U.S. customers as early as next month, with enterprise models available worldwide in March this year. The base model will start at $480, with the enterprise variant priced at around $750. 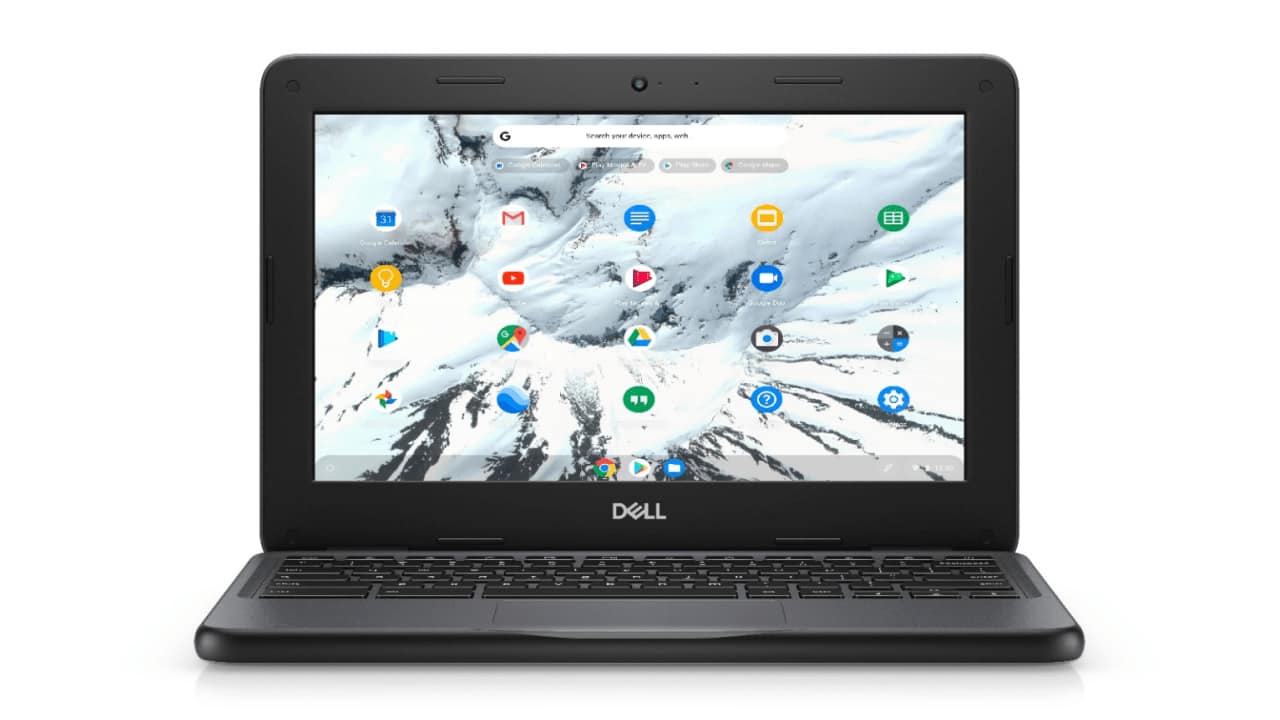 Dell unveiled its new Chromebook 3100 at CES this year, and it is the company's first education-focused Chrome OS machine to come with an optional mobile network connection. With institutions turning to Google's platform to bring millions of students online during the global pandemic, the 3100's existence is a no-brainer play by Dell to grow even more in the booming education market.

The Chromebook 3100 may be the ugly duckling on this list, but its durable chassis survives "30-inch drops on steel and thousands of 4-inch micro-drops from multiple angles." The 3100 has low-end specs, equipped with a 1366x768 non-touch display, Intel Dual-Core Celeron processor, 4GB of RAM, and 16GB eMMC storage (upgradable to 32GB). The battery should last up to 14 hours, which should help students stay connected.

Dell has yet to release the price and availability of its Chromebook 3100, but it plans to announce them sometime in spring this year. 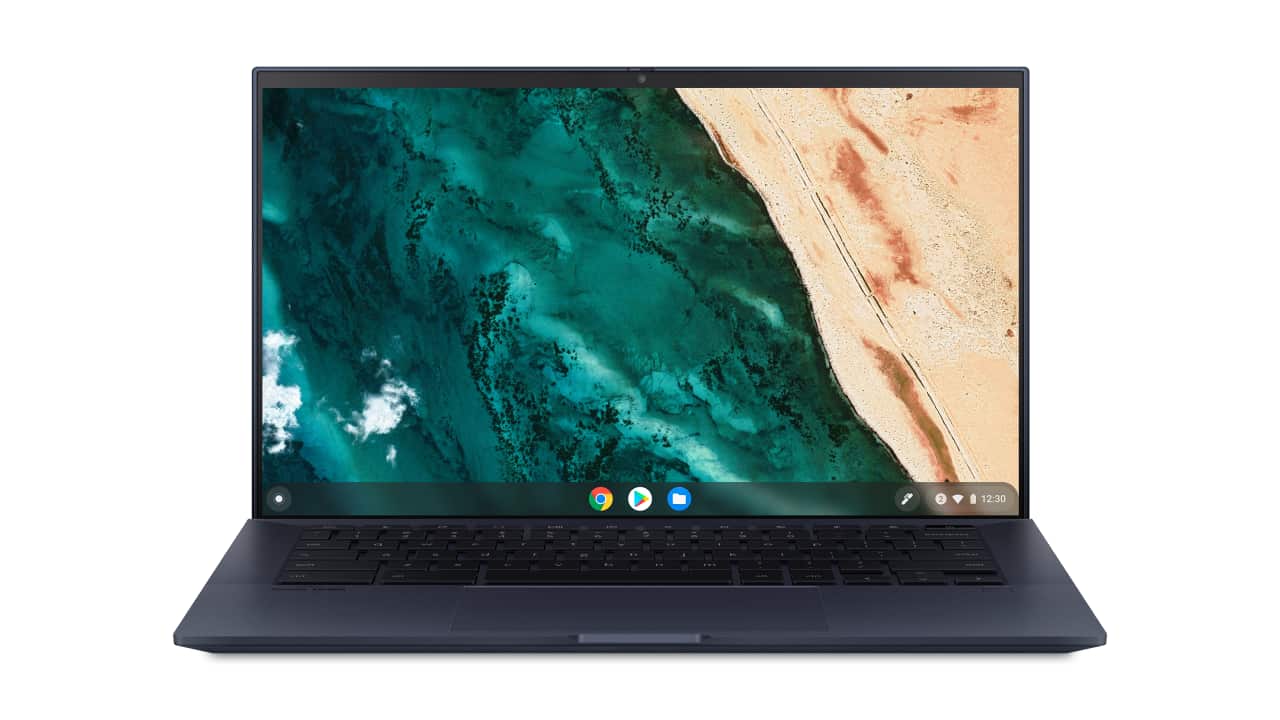 Asus revealed its enterprise-focused Chromebook CX9, and it is a head-turner. This business laptop has a 14" 1080p screen and an incredible 91 percent screen-to-body-ratio, providing an immersive viewing experience for professionals. The gorgeous magnesium alloy chassis is just 16mm thin, and its military-grade durability is suitable for harsh working environments.

The Asus Chromebook CX9's specs pack a punch, configurable up to an Intel Core i7-1185G7. Its base model offers 8GB of RAM, configurable up to 16GB. The CX9 has two M.2 expansion slots, which Asus says it'll configure up to a whopping 4TB of storage space. Of the three Asus laptops announced at CES, this device is the only model to have a privacy shutter on the camera.

Asus has yet to announce the price of the CX9, but it will be available in North America sometime in Q2 this year. 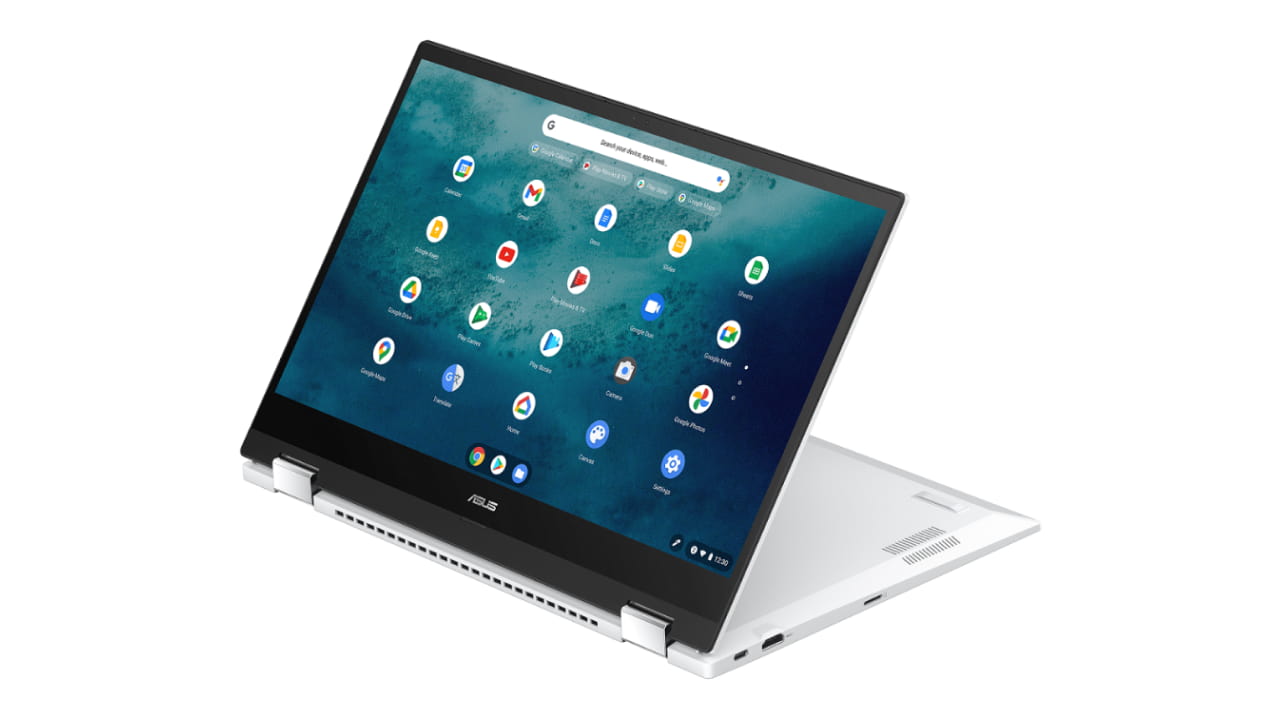 The Asus Chromebook Flip CX5 and C536 are the company's first Chrome OS devices powered by Intel's 11th generation CPUs. The two consumer-targeted laptops are the same, but with a different name depending on the market. It's nowhere near as eye-catching as the CX9, but the convertible design offers a nice balance between productivity and entertainment.

Thanks to the Intel Tiger Lake CPU, the Chromebook Flip CX5 and C536 are mighty machines. They're configurable up to an i7-1165G7, and you can get between 8 and 16GB of RAM. All models will come with NVMe storage, maxing out at 512GB. The display is a 15.6"1080p IPS panel with USI stylus support, and it has a 57Wh battery that is good for up to 12 hours on a charge.

Asus did not reveal the launch price or availability of the Flip CX5 and C536. 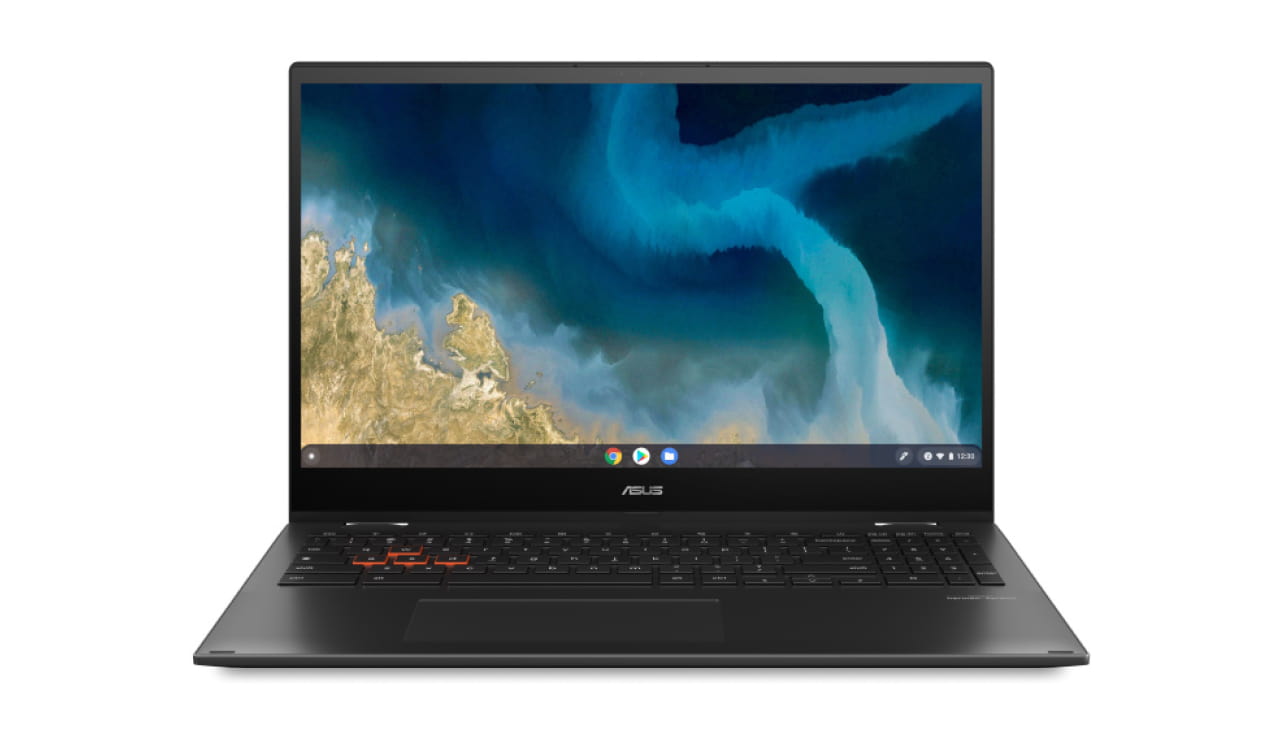 The Asus Chromebook Flip CM5 is the company's gaming-oriented Chromebook. Its thin and light aluminum chassis has a Mineral Gray finish that looks sleek and premium. The orange accent color contrasts nicely with the dark colors, giving it a "gamer" aesthetic. The CM5 is also a convertible for added multimedia versatility. A gaming Chromebook is a little strange considering most all games currently available on Chrome OS are either cloud-based or Android apps, but with the incoming arrival of Steam on Chrome OS, the idea isn't too far-fetched.

Asus did not announce the launch price or availability of the Flip CM5. 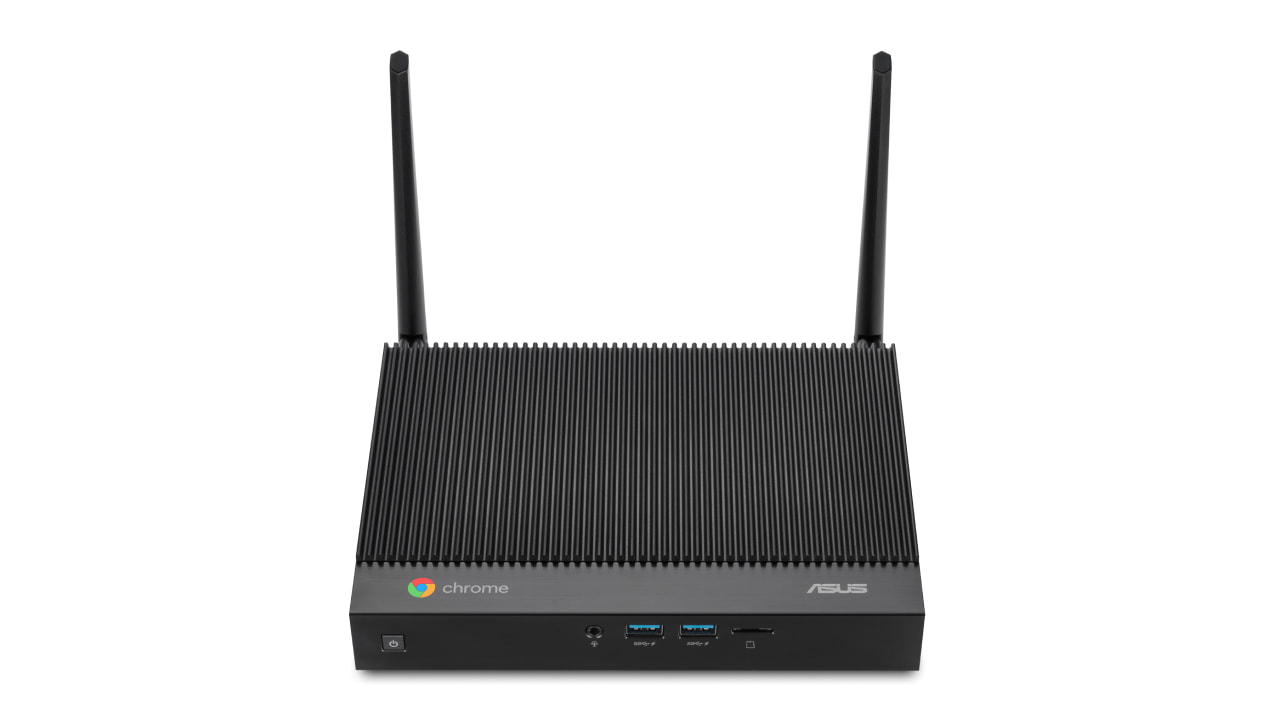 Asus quietly introduced the Fanless Chromebox at CES this year. The Chromebox's compact form factor allows it to be mounted on the back of a monitor to save desk space. Its router-like rigid aluminum chassis can survive harsh working environments, and the two adjustable antennas ensure ultrafast Wi-Fi 6 speeds over an extended range.

Thanks to the massive heatsink on the unit, Asus says the Fanless Chromebox runs silently and maintains stable thermal performance—even with a fully loaded configuration. The base system offers an Intel Celeron 5205U and goes up to a Core i7-10510U processor. The company also offers up to 16GB of RAM and 256GB of M.2 SSD storage.

The Asus Fanless Chromebox will be shipping to US customers in February this year at a starting price of $399.

The demand for Chromebooks has never been higher since the global pandemic forced many of us across the world to work remotely. With the selection of Chrome OS devices announced at this year's CES, I can only see more people choosing Google's platform for their daily needs.