Cloud security is always a concern when using smart home devices, but it's a little less so now with Ring devices. The company has announced that end-to-end encryption for video is rolling out today to all eligible devices. Ring has had some security issues in the past, so it's nice to see some good Ring security-related news. 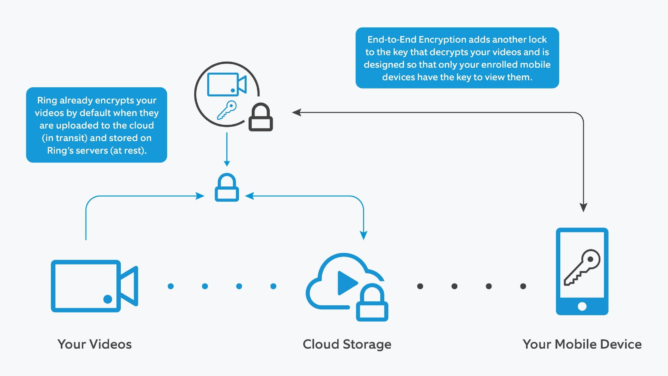 Ring says that end-to-end encryption (E2E) is launching as a technical preview today. Videos were already encrypted when uploaded to the cloud and stored on Ring's servers, but end-to-end encryption will further secure those videos with a key that only the customer's mobile device can decrypt and view. If you'd like to learn more, Ring wrote a white paper about E2E.

Not all Ring devices will offer E2E — namely, battery-powered video doorbells and cameras will not support it. Here's the list of supported devices:

It's unclear how many accounts will get access to E2E today, but it's worth checking if you're a Ring customer. When the feature becomes available for you (Ring says it could take several months), you'll be able to set it up via the Control Center in the Ring app.