V-Moda's unique design aesthetic makes its headphones among the most striking on the market. Hot on the heels of revealing its new visual identity, the audio brand took to CES 2021 to announce its first pair of wireless headphones with active noise cancellation: the M-200 ANC.

They are an upgraded version of the M-200 that were announced last year, but they're now wireless and have support for what V-Moda calls "hybrid active noise cancellation." The ANC can be adjusted with the help of the companion app that also features an EQ tool for customizing the sound output. 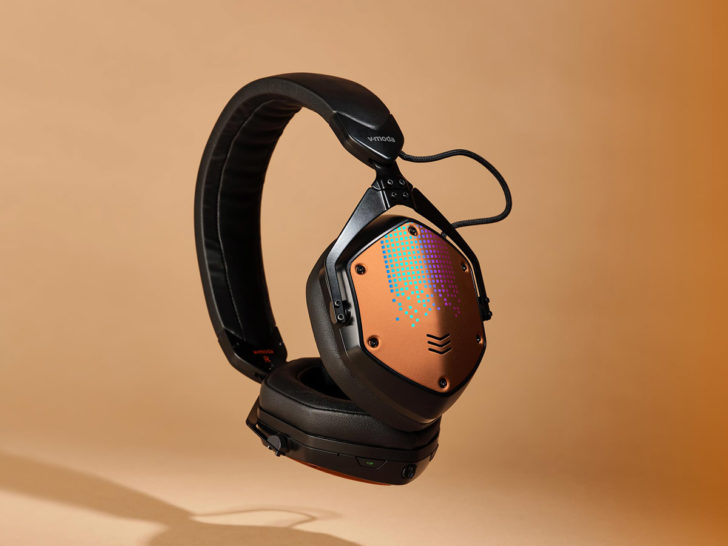 V-Moda also offers a Voice-In feature that temporarily lowers the volume and disables ANC when covering either earcup with a hand. This is similar to the Quick Attention Mode that we've seen on the Sony WH-1000XM4.

While the M-200 came with 50mm drivers, the M-200 ANC make do with 40mm ones. V-Moda claims they'll last up to 20 hours before needing to be charged via the USB Type-C port — a 10-minute charge will provide 1.5 hours of playback. Alternatively, users can also plug in the bundled 3.5mm cable for a wired listening experience. There's also support for Google Assistant, which can be summoned with a dedicated button.

The M-200 ANC feature Bluetooth 5.0 and have support for Qualcomm aptX HD and AAC codecs. They also feature multi-device pairing, which means you'll be able to pair to your smartphone and laptop simultaneously.

At $499, the V-Moda M-200 ANC aren't cheap, but at least that price includes a hard case, a 3.5mm cable, a USB Type-C cable, and a flight adapter. That's more than can be said for Apple's AirPods Max. If you're looking to customize them, you will have to shell out a bit more moolah — color printing and laser engraving options are available along with some additional accessories.

If you're willing to fork out for these cans, head over to the official website.

Roborock is working on self-emptying dustbins for its robot vacuums