WhatsApp has been reaping the whirlwind ever since it rolled out its new terms of service, which give parent company Facebook more control over user data. While some users aren't as bothered, others definitely don't seem comfortable with the accept-or-die ultimatum served by WhatsApp. Resultantly, Signal — an alternative, more secure messaging app — has gained some incredible traction in the last few days, placing itself at the top of charts on both the Google Play Store and the Apple App Store in various countries. 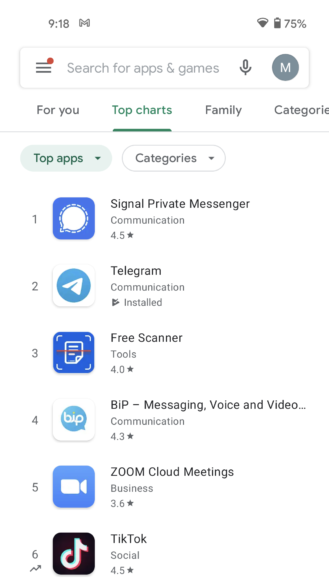 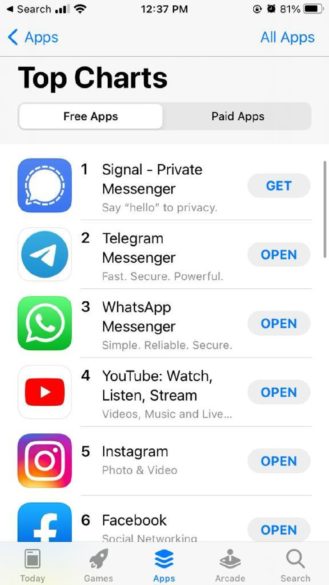 At the time of writing, Signal sits at the numero uno position on the Play Store in the US, the UK, Germany, Lebanon, and France, among others. In other countries such as India, Brazil, and Singapore, the messaging service finds a spot in the top three.

The spurt in the app's popularity can be attributed to a push from privacy advocates globally who have concerns regarding the recent developments at WhatsApp. Signal is end-to-end encrypted, and its encryption software is open source, which inspires more confidence as it is widely peer-reviewed for bugs, flaws, and vulnerabilities. Unlike competing services, it also doesn't collect metadata that can be linked back to users.

One of the strongest pushes to use the messaging app came from the richest man on earth, Elon Musk. Amusingly, his push for the service not only seemingly caused a delay in the delivery of verification codes but also an unrelated stock to surge over 1,100%.

What remains to be seen is if Signal manages to retain the exodus of users that has been triggered by WhatsApp's change in terms of services.