Samsung is one of the largest makers of smart home products, all connected through the company's SmartThings platform. Samsung has plenty to show off during this year's virtual CES, including a high-end robot vacuum with LiDAR, more features coming to the SmartThings app, and new TVs.

Arguably the most interesting products are the ones pictured above — the Samsung Bot Care and Samsung Bot Handy. The former "will be able to act as both a robotic assistant and companion," while the latter has an extended arm for picking up objects. Both products are still in development, though.

Samsung also announced the JetBot 90 AI+ robot vacuum, which aims to compete with high-end vacuums from iRobot and Roborock. It has a LiDAR sensor to detect distance and location, object recognition, 30W of suction power, and remote control via the SmartThings app. Like a few other top-tier smart robot vacuums, the JetBot 90 AI+ can empty itself into the larger dust bin connected to its charging station, which Samsung says you only need to replace "once every two to three months" I really like how it looks like a tiny tank. 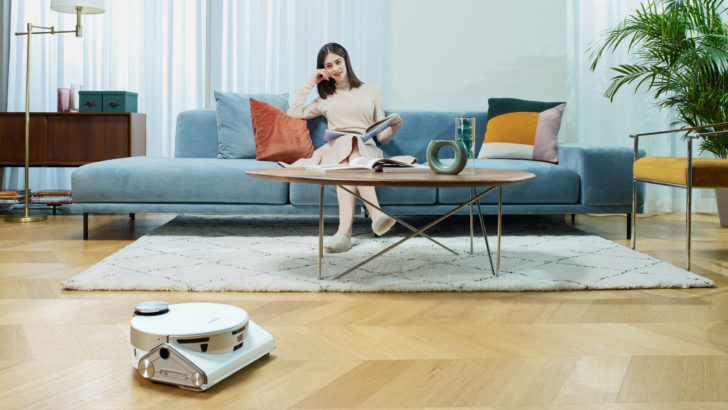 The SmartThings mobile app is receiving a few improvements, like the cooking feature present on Samsung's smart refrigerators. It can recommend recipes that fit your tastes and dietary restrictions, build meal plans, and order groceries through Walmart, Kroger, Instacart, and Amazon Fresh.

Samsung's other announcements include the redesigned 8800 Series Smart Dial Front Load washers and dryers, minor UI updates for the Family Hub smart fridge, a 110-inch Micro LED TV, a 4K QLED outdoor TV, Samsung Health Smart Trainer on the company's 2021 TVs, and more eco-friendly packaging for some of its products.