Roborock has produced more than a few popular smart robot vacuums, like the Roborock S6 we gave an 8/10 in our review last year. CES is always full of new IoT products, and sure enough, Roborock is taking the (virtual) stage to reveal its new flagship vacuum: the Roborock S7.

Last year's Roborock S6 was already feature-packed, with three hours of battery life, mopping support, Alexa and Google Assistant integration, room or zone-based cleaning, virtual barriers, scheduled cleaning, and more. However, the mopping functionality was far from completely automatic — the mop had to be damped manually before you started the robot, the pads had to be cleaned every hour or so, and the filters needed to be replaced every once in a while. Also, the S6 didn't actually vacuum well when the mop was also being used. 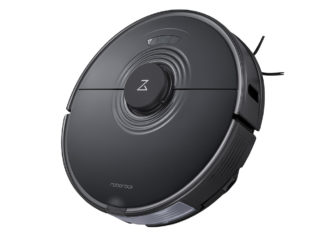 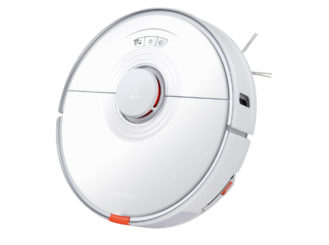 Roborock says the S7 has an all-new combination of sonic mopping (50Hz vibration up to 3,000 times per minute) and an intelligent mop lift feature. That should result in better cleaning for dried-on stains and the mop lifting automatically when the robot detects carpets. The mop also lifts when the robot drives itself back to its charging dock, so the S7's charger doesn't have the large plastic mat that the dock for the S6 had.

The S7 also has the same 2500Pa suction power as the S6 MaxV, but with almost double the mop pressure of that model. However, the S7 doesn't have the same dual-camera setup as the S6 MaxV, so it will rely more on (gently) bumping into walls and furniture. You still have to empty the dust out of the S7 manually, but Roborock is developing a self-emptying dock that will be compatible with many of its vacuums, including the S7.

The Roborock S7 will go on sale on Amazon starting March 24th.