Fossil released its first hybrid smartwatch in late 2019, as a halfway point between the company's traditional watches and its Wear OS smartwatches. Following a few software updates, the original Hybrid HR ended up being a capable smartwatch alternative, and now Fossil Group is releasing an updated model under its Skagen brand.

Fossil has already released several Wear OS watches with the Skagen name, like the sleek Skagen Falster 3, but it will soon start selling the Jorn Hybrid HR. The watch doesn't appear to be a significant departure from the original Fossil-branded Hybrid HR — it still has an e-ink screen, 2+ weeks of battery life, activity and sleep tracking, notification mirroring, and so on. 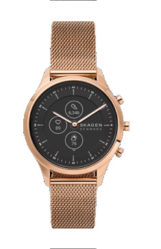 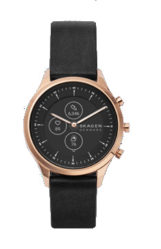 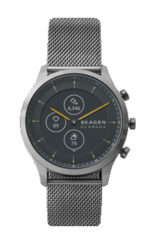 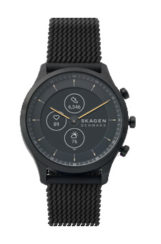 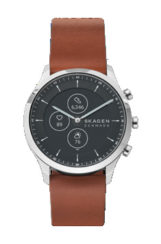 The only significant difference between the original model and the Jorn Hybrid is the design. Skagen will have five styles available, in both 38mm and 42mm sizes. The current Hybrid watch has fewer design options and only one 42mm size. Hooray for people with small wrists!

The Jorn Hybrid HR will be available soon for $195. That's the same retail price as the original Hybrid HR, though that watch has gone down in price over time — some styles are now as low as $139.