Over the years, we've seen a plethora of collectible card games come and go. Though one thing has remained a constant, the genre lends itself well to mobile play. To this day, there's still no shortage of CCGs on the Play Store, and yet there was always one title that was missing, Magic: the Gathering. Well, Wizards of the Coast has been busy working on its digital adaptation for a while now, and it's called MTG Arena. It's been known the title would eventually make its way to mobile, but we've just learned that the CCG will be coming to Android as an early access release on January 28th, with broader support slated for later this year. 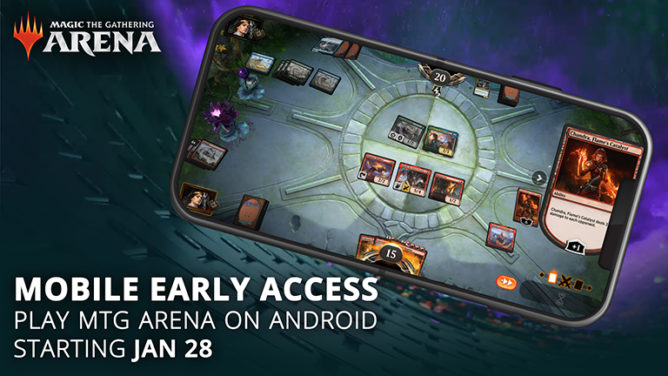 Wizards of the Coast recently published a blog post on the official MTG Arena website to announce that the game is finally going to be available on Android later this month (January 28th). It will exist as an early access release for a selection of supported Android devices. These devices will need to be on Android 6.0 or later, contain at least 4GB of RAM, all while supporting OpenGL ES 3.0 or above. So far, we know devices that contain anything above the Kirin 970, Snapdragon 845, or Exynos 9810 processors should be able to run the title. And if you're looking for a shortlist of recommended phones, Wizards has worked up a modest list, which you can find below.

Sadly this is all of the information Wizards has to share on the matter so far, though more details will be offered during Wizards' January State of the Game, which should ideally drop sometime soon (December's landed on the 7th). So there you have it. MTG Arena will be available as an early access title on Android later this month, and new information about this release should be available soon.

OnePlus will reveal its fitness band on January 11