Last year's Galaxy Chromebook looked like the spiritual successor to the original Pixelbook that we'd long been waiting for. Sadly, battery life and thermal issues ended up making the model a bit of a flop. It's all well and good having a bright, beautiful 4K OLED display, but when doing so results in longevity that rarely makes it past the four-hour mark, and means the heat of a thousand stars emanating from the internals, it probably isn't worth it. Samsung seems to have seen the error of its ways and is now trimming the fat for its new Galaxy Chromebook 2, with a more optimized user experience and smaller price tag.

What corners have been cut to bring the price down? Here's what we're looking at for the new Chromebook's hardware:

The display sees a downgrade too, leaving the 4K OLED behind and swapping it for a 1080p QLED display. Other omissions include the lack of an integrated S-Pen and removal of the fingerprint reader. 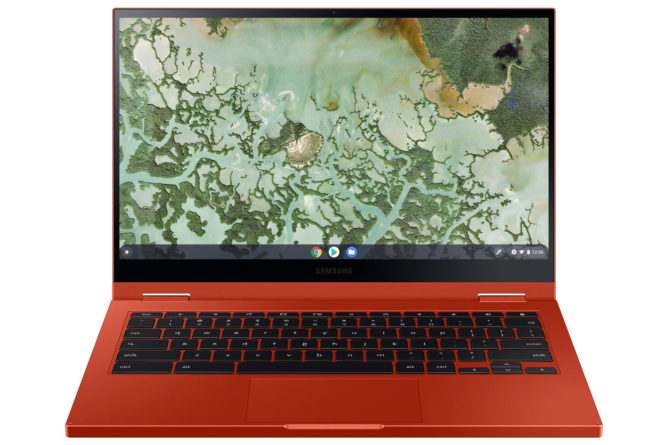 Before those cuts get you down, keep in mind that the 1080p display here is the first QLED to be seen on a Chromebook, and while it won't come close to the OLED from last year, it's still a significant upgrade over offerings from other companies. The removal of the built-in S-Pen is a also shame, but USI Pen support should go a long way towards making up for that.

Samsung's base model with its 4GB of RAM and Celeron chipset won't win any benchmarks, but should be more than enough for people who only intend to browse social media and watch Netflix. We won't know exactly how this new Chromebook performs until we see it in the flesh, but I imagine thermal performance and battery life will be much better than before. 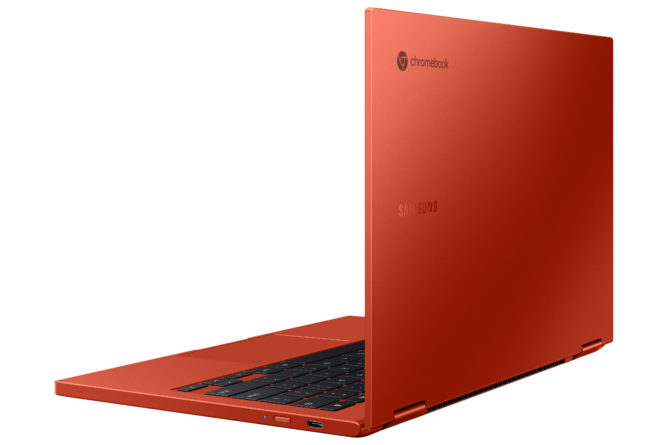 Notable new features include an H1 security chip (the Chromebook member of the Titan family), an improved keyboard with wider keycaps and better backlighting, and some new speakers.

Thankfully, the eye-catching design of the original returns this year. In addition to the bold red you see here, there's also a silver option if you want something more understated. The right side of Samsung's new convertible houses a USB-C port and power button, while the left gets the other USB-C port, a headphone jack, and a microSD reader.

More sensible hardware this time around ends up resulting in a more sensible price: The Celeron model will cost just $549, and the i3 will go for $699. Both will be available sometime during the first quarter of 2021.

If none of this interests you and you'd rather buy the original despite its flaws, then you'll still be able to do so — last year's base model will continue to be sold for $699.