Google's Nest Cam IQ Outdoor has been discontinued as the Google Store has sold through the last of its stock. Don't worry if you were hoping to pick one up, though, as Google also confirms a whole new lineup of security cameras is set to land later this year. However, the recently sold-out model will continue to get software updates and feature support.

Stock for the $399 IP-rated Nest Cam IQ Outdoor has been fluctuating across Google's various regional storefronts for the last few weeks. Google has since confirmed it has "sold out" of the product, which will no longer be available to purchase through the Google Store, though it will continue to get updates (as we'd hope given the price). In our review, we found it a capable smart home security camera with class-leading video quality and functionality, though the price tag was problematic — not that it matters now. Although some third-party retailers are still selling them, it sounds like the camera has been discontinued. 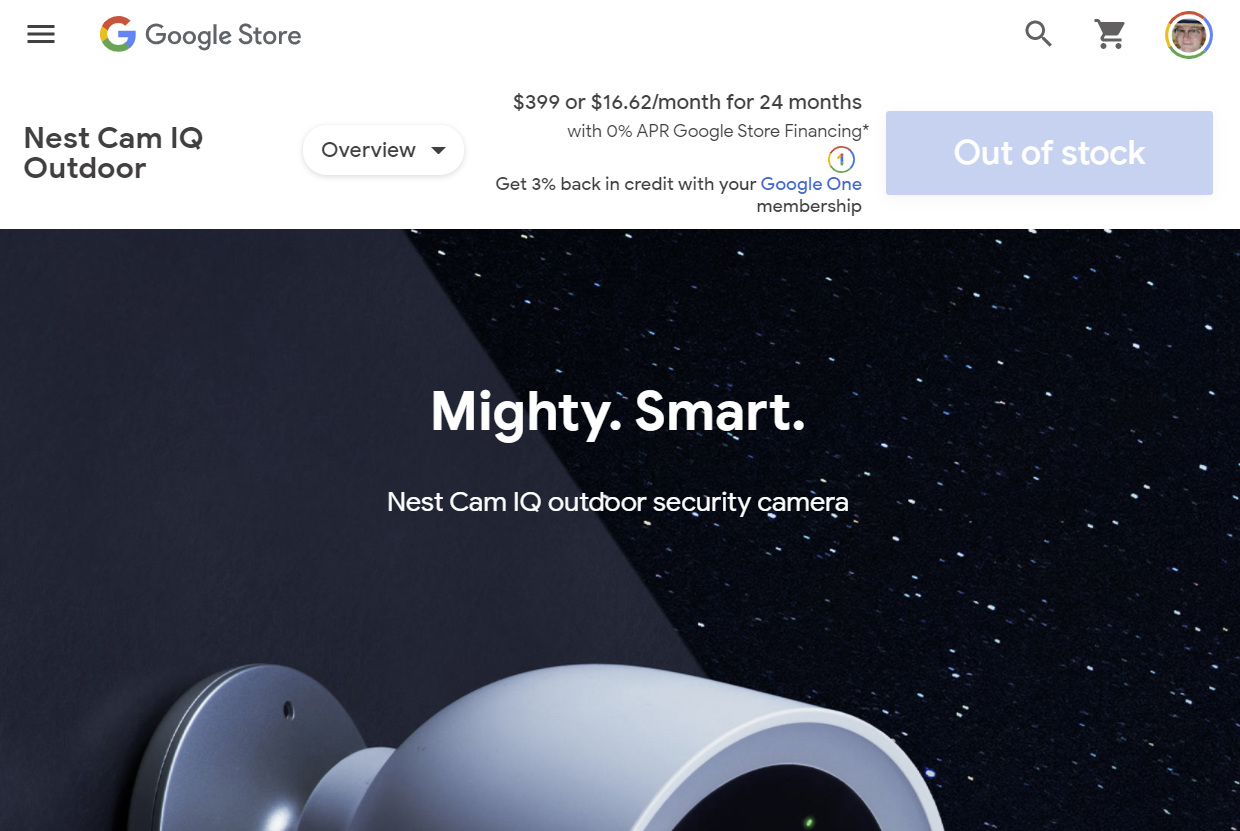 That brings us to this latest development: According to a statement provided to 9to5Google, confirmed to us by Google, a new set of smart home cameras will debut later this year. A Google spokesperson tells us, "Nest will keep investing in new innovations, including a new lineup of security cameras for 2021." Other details about the lineup weren't provided, but here's hoping they hit a more competitive price than the current models.

Google's clearly been aware that pricing for its smart home suite is a problem, as last year it revamped Nest Aware pricing to make it more affordable on a per-camera basis (though the change wasn't all for the better). Other hardware products in the current lineup range from $129 for the basic Nest Cam Indoor to $300 for the Nest Cam IQ Indoor. That's a lot more than many other Assistant-compatible cameras cost, especially given the random issues they have. Other smart home companies like Wyze have been undercutting Google by a literal order of magnitude on price for their Assistant-connected cameras, so we have to assume Google's paying attention.

Just a few days ago, a new and likely Nest-branded device hit the FCC. We aren't sure what it is, but it's got a screen, Soli, and Zigbee tech inside it — maybe a Nest Secure successor or a new smart display, or both? Whatever it ends up being, it could be a part of the new lineup when it lands. And given the delay between FCC appearance and launch is usually just a month or two, we may not have too long to wait.

The Chrome OS Camera app is getting a QR scanner