You're probably familiar with Digital Wellbeing and the likes from other manufacturers, but these tools are generally pretty restrictive. They set hard limits on how long you can use an app, and if you do happen to have to access an app that you've restricted, you'll have to jump into system settings first. For those who just need a nudge to be more mindful with their time, the newly released Mind Leak app might be the better tool. It monitors your app usage and shows you a lovely live view of your face or memes to remind you that you probably have better things to do than doomscrolling on Twitter or mindlessly swiping through TikTok.

The idea for the app was born out of a mixture of lockdown boredom and the realization that we spend way too much time on our phones while we're all stuck at home. A friend of the developer wondered what his face looked like while he's doomscrolling and asked if there was an app for that. Turns out there wasn't, and that's how Mind Leak was born.

Mind Leak analyzes your phone usage and alerts you when you're using apps for too long. There's a pre-selection of time-sucking applications, but you can tweak what you want to be monitored on a per-app basis. By default, Mind Leak gives you five minutes of uninterrupted app usage before it alerts you, but you can tweak that amount of time to your liking for each app individually, or you can hit a snooze button if you just need a few more minutes. The app will show you a live feed from your front camera in an overlay once you hit the usage limit, but if you'd prefer to see memes or a video of your choosing over your face, you can do that too.

I started using the app with memes (because the Zenfone 7 Pro isn't exactly great when it comes to surprising front camera usage), but I quickly realized that it's much funner and more effective when I embrace the selfie feature that basically "catches" me procrastinating and staring at my screen, so I went with that from then on. With the second lockdown here in Germany really getting to me this time around, I felt like the app helped a bit. It caught me mindlessly scrolling through social media a few times while I tested it over the day yesterday and made me snap out of negative thoughts and senseless brooding on more than one occasion. This is not a scientific test at all, but if you experience similar problems during these times, Mind Leak might just help you brighten up your day a little bit, too, and it might be more effective in making you mindful about your phone usage than Digital Wellbeing.

This app will make you aware of when you keep using certain apps for too long. I call this a Mind Leak. When it happens, the app will show you yourself staring into the phone (or a video or a meme) as a reminder that your mind leaked. Simple but effective!https://t.co/oX1xt49JTk pic.twitter.com/qTeXE9iJmR

Mind Leak is available on the Play Store for free, and there are no ads or in-app purchases other than an unobtrusive donation button. Usage data is stored locally only, and the camera feed won't be saved at all (except for when take screenshots or screencasts, naturally). 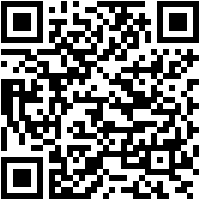 Verizon's 3G network is sticking around — at least for now

Tile is making a UWB tracker to compete with Apple's AirTags