Motorola's Moto G lineup has been creeping up in price and features for a while now, and last year, the company tried something different. Moto released two G phones in the United States (and some other regions), the G Power and G Stylus. The latter was equipped with a passive stylus, making it a competitor against the LG Stylo series, and now Motorola is working on a super-sized sequel.

Besides having the shape and size of a literal brick, the Moto G Stylus is also expected to have a single hole-punch selfie camera, quad rear cameras (likely 48MP main, 8MP ultra-wide, 5MP macro, and 2MP depth), and a rear or side fingerprint sensor. The namesake stylus can be found at the bottom, though it will likely continue to be a passive pen, not an active stylus like on Samsung's Note series. Speaking of differences from the Note series, there's still a headphone jack. 🔥

It's not clear yet when Motorola plans to officially reveal the new Moto G Stylus. The original models were revealed in February 2020.

Nils Ahrensmeier has published more images of the Moto G Stylus, this time in black. The phone is expected to carry a model number of XT2115-1 in the United States, and is supposedly being developed under the codename 'Minsk.' 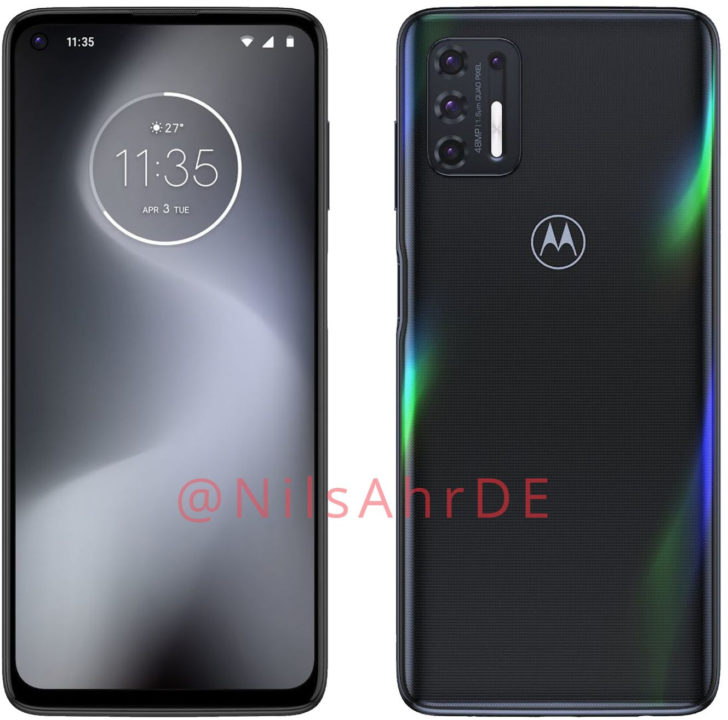 Hemmerstoffer has posted another entry into his Voice blog with a 360° flyover video of the Moto G Stylus (2021).

He also accounted for a slight discrepancy between the information he has sourced and the cache Evan Blass had posted on Voice about the same phone: Blass cited a 2MP macro camera in contrast with Hemmerstoffer's 5MP rating.

It turns out that last year's Moto G Stylus was souped up with faster charging and Android One before being sold as the Moto G Pro in Europe, leading to the conclusion that we may see a similar duplex coming down the line for this year's models.