Samsung's Galaxy Buds range has been a hit since it launched alongside the Galaxy S10 in 2019. In 2020, we got the excellent Buds+, some of the best true wireless buds on the market even now, as well as the bean-shaped Buds Live, the first to bring ANC to the lineup. This year, Samsung is expected to release the Galaxy Buds Pro. While we already know almost everything there is to know about them, Digital Slang has just posted a new hands-on with the Buds, giving us an even more well-rounded idea of what to expect. 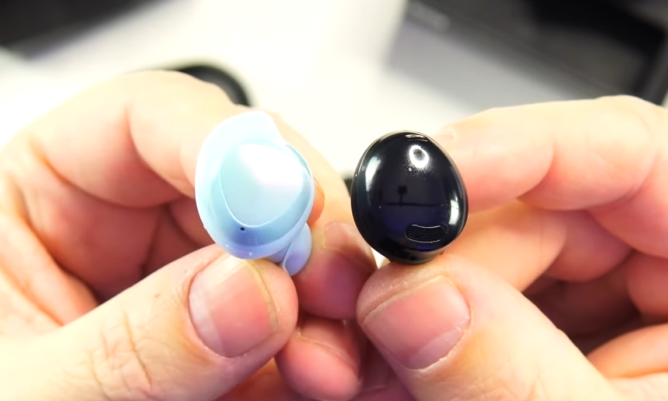 Previous leaks clued us in to what the Buds Pro would look like, but now we can directly compare them to the outgoing model. When compared to the Galaxy Buds+, the Pros are quite a bit smaller. That's great for comfort but probably means there's a smaller battery inside.

Speaking of which, the packaging for the Buds Pro says to expect 5 hours of play-time with the case extending that to 18 hours before it needs a recharge. That's a big step down from the Buds+, which boasted 11 hours on a single charge, albeit without ANC.

According to this hands-on, sound quality is exceptional, thanks to much-improved bass, which was a weak point in previous models. Sadly, the ANC is supposedly underwhelming.

Although we've already covered the updated wearable app, we get a guided tour through all of its menus. Sadly, gestures seem a little limited, and we don't see any sign of double-tap edge support, like Samsung offered on the Buds+.

The Galaxy Buds Pro should launch alongside the Galaxy S21 on January 14th and cost around $199 in the US.