When it comes to pushing out software updates, Samsung sure is on a roll as of late. The South Korean giant has been on track with its Android 11 rollout schedule — even ahead of time in the case of the Samsung Galaxy Note 10 series. Now, shortly after the Galaxy Z Flip 5G received the update, the Galaxy Z Flip (SM-F700F) is getting a taste of Android 11.

The update is currently rolling out in various nations across Africa, Asia, and Europe, delivering those same features we've seen come to other phones receiving the One UI 3.0 update. Apart from Android 11 features such as notification bubbles and conversation grouping in the notification shade, users will also be greeted with One UI 3-specific changes, which you can glance through here. 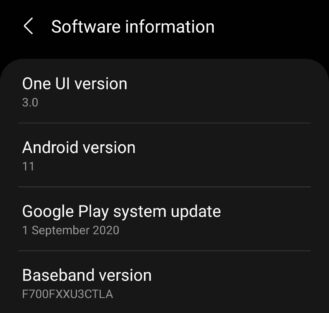 The new firmware weighs about 2GB this time, so you may want to be connected to a Wi-Fi network when you hit that download button. If you haven't received the update yet, you can manually check for it by heading to Settings > System updates > Check for system updates.