Good true wireless earbuds are getting cheap in a hurry. You can still spend hundreds for fancy features like ANC if you want, but you don't have to break the bank to get decent sound. OnePlus's first true wireless earbuds, the succinctly named Buds, were a great value at $80. The OnePlus Buds Z take it a step further — for just 50 bucks, these earbuds might lack polish, but they deliver on fundamentals. 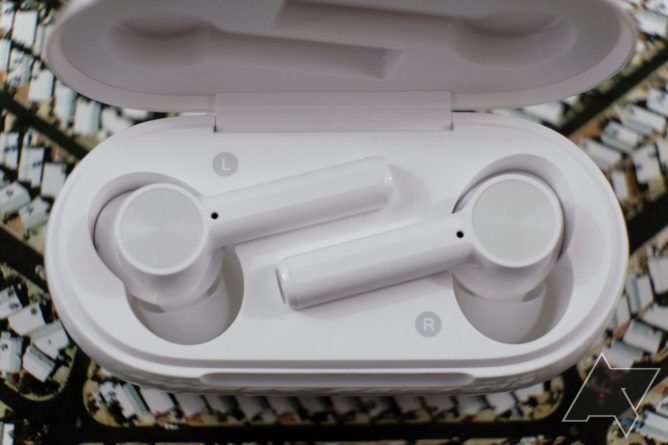 The OnePlus Buds Z are the same form factor as the first OnePlus Buds, with AirPods-style stalks sticking out of the bottom. But while the Buds had one-size-fits-some hard plastic tips, the Buds Z come with several sizes of silicone tips — a marked improvement in my book, both in terms of fit and sound isolation. Those silicone tips also mean the fit is customizable and so more comfortable for more people, myself included (hard plastic buds always fall out of my ears). 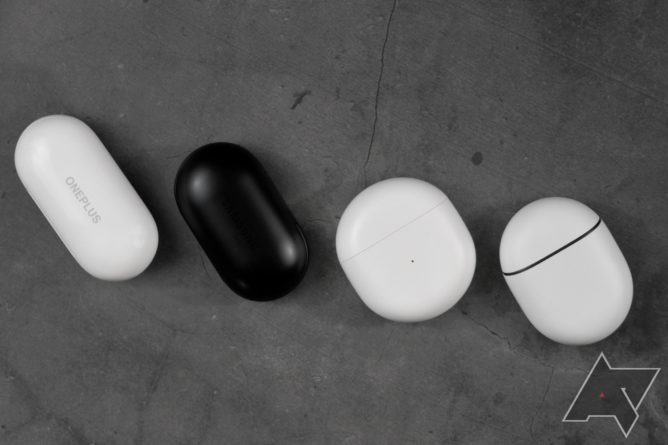 Their case is pill-shaped, like the one that comes with the Galaxy Buds, but slightly larger. I don't love the way the buds slot into that case — having the earpieces pointed out makes for some slightly awkward hand maneuvers when you're getting them out or putting them away. The case is also very light, glossy plastic, and that makes it feel cheap (which, to be fair, it is). I prefer the old Buds' semigloss Pixel Buds-type case. You can get them in either white or a funky multicolored finish.

In the box, you get the buds, the charging case, two additional sets of silicone tips, and a short Type-A to Type-C USB cable.

For budget earbuds, I really like the way the Buds Z sound. Highs are a little compressed, but there's plenty of low-end grunt for such small buds, which I find to be good for the kind of easygoing, uncritical listening I tend to do with Bluetooth earbuds. If you want a more neutral sound, well, too bad: all the perplexingly named HeyMelody companion app lets you do is tweak the buds' controls. 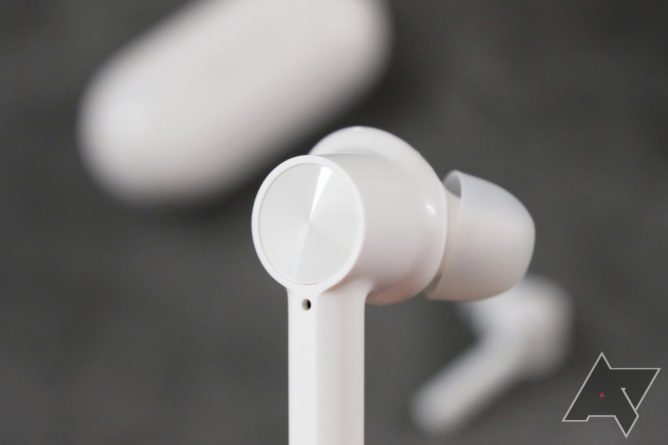 That shiny circle is the control touchpad.

Those controls, by the way, are bad. By default, the only thing you can do without using your phone is skip forward a track by double-tapping on either earbud. Using the HeyMelody app (which, incidentally, isn't mentioned on the Buds Z's box or anywhere in the quick-start guide; I had to Google it), you can customize what a double-tap on either bud does, for a combination of up to two actions at a time: play/pause, skip forward or back, or call up the Google Assistant. That's it. A single tap or a long press doesn't do anything, and there's no way to adjust volume without using your phone. Only controlling the earbuds with double-taps feels like an odd limitation, and I doubt it's one that has anything to do with the Buds Z's price. On the bright side: while you can't connect to multiple devices at once, you can press and hold to switch between two paired devices the same way you can on the original Buds.

The Buds Z have good system integration, but HeyMelody doesn't do much.

Either earbud can be used by itself — an increasingly common feature in true wireless buds, but one that's far from universal in this price range. The Buds Z also have capacitive in-ear detection to automatically pause playback when either bud is removed. They've also got fast pairing, meaning setup is as simple as popping the case open near a newer Android phone.

Battery life isn't great, with the buds lasting about four or five hours per charge. That's easier to swallow for $50 than it is in more expensive sets, though, and the included charging case packs up to 15 hours of additional juice. OnePlus also says plugging in a fully depleted case for 15 minutes will net you two hours' playback. There's no wireless charging here, but considering the more expensive OnePlus Buds don't offer it either, I'm not surprised.

OnePlus Buds Z
7.5/10
If your budget is about $50, yes. The OnePlus Buds Z have some annoying quirks, but they're also less than half the price of some more popular true wireless earbuds. They're also $30 cheaper than OnePlus's first pair of true wireless earbuds, and while they don't come with as many bells and whistles, sound quality isn't far off, and the Buds Z will be more comfortable for most listeners.

There's no ANC, no wireless charging, and no aptX support, but those things are far from typical of earbuds that cost so little. The worst thing about the Buds Z is probably their poorly-optimized control setup, but if a total of two phone-free actions is enough for you (three, if you count taking a bud out to pause), the OnePlus Buds Z are a fine pair of entry-level true wireless earbuds. 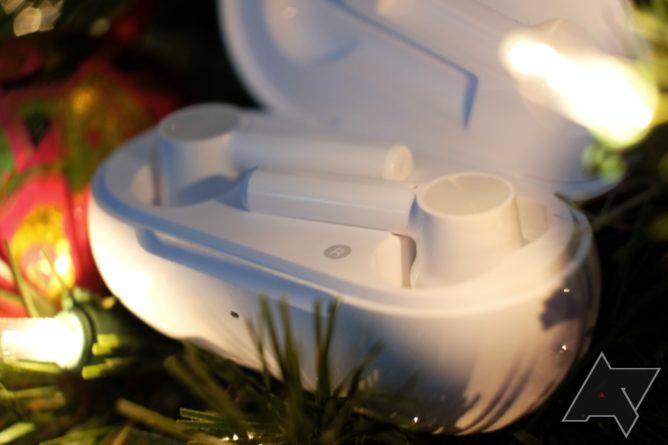