We're another month removed from the release of the Samsung Galaxy S20 series and another month closer to the announcement of the Galaxy S21 series. So, if you want a Galaxy S20+ without having to tie strings with a carrier, you'll be able to get it unlocked for even less than its previous best price.

You know the numbers: a Snapdragon 865 with 12GB of RAM, a 6.7" AMOLED display, a 64MP lead camera, a 4,500mAh battery, and 128GB of internal storage. It's just about as much of a phone as a Galaxy S20 if only a bit physically bigger — buyer's discretion is advised. But it will work on all three major networks in the U.S. and comes with a corresponding manufacturer warranty, so those are things you don't have to worry about! 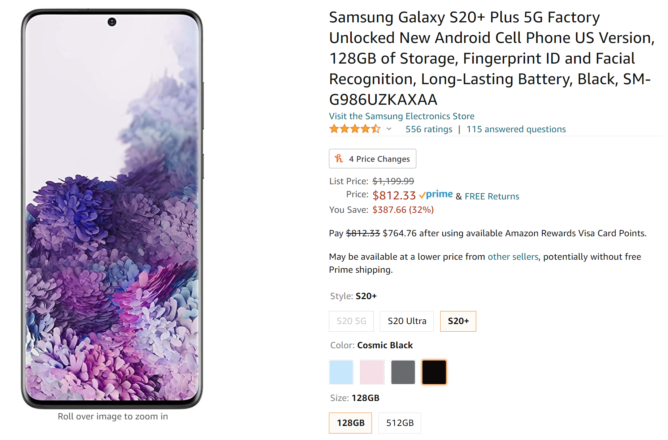 We last tracked the unlocked S20+ on Amazon to as low as $842, but that price was only available for a couple of days. Expect the same, then, for this new record low price of $812 — $138 off current MSRP. We just hope you like Cosmic Black. Cheers!