Dyson is one of the most popular household appliance makers in the world — its air purifiers and robot vacuums are among the best on the market. Until recently, they were only compatible with Alexa and Siri, but these devices can now also be integrated with Google Assistant.

To control your appliance via Google Assistant, you'll first need to link your Dyson account within the Google Home app. Once linked, you'll be able to control your air purifier, for example, with voice commands such as "Turn on the air purifier" or "Set the fan speed to 10."

You can also control the device via the Google Home app or an Assistant-powered Smart Display such as the Nest Hub. But weirdly, as you can see in the screenshot below, the Google Home app currently only supports powering air purifiers on or off. We're not sure if the app will be updated to offer the same granular controls as the Hub. 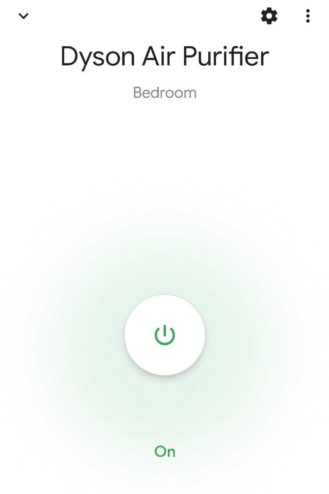 The following Dyson air purifiers now have support for the Google Assistant:

Dyson has also added support for two of its robot vacuums — the 360 Eye and the 360 Heurist.