Xfinity Stream subscribers have been waiting for Comcast's streaming service to roll out more widely across platforms, including Android TV. While that isn't happening today, we are a step closer. Following Chromecast support landing earlier this year, Fire TV owners can now access Xfinity Stream courtesy of a new app beta over at Amazon's app store.

It's worth noting, Rokus have had an Xfinity Stream beta for a few years, but now Fire TV folk can join the party — and, since Fire TVs are technically running Android, this could be a slow step toward Android TV support. Also note, Comcast labels Xfinity Stream as a "beta" on all TV-friendly platforms.

The listing only just went up, and at the time of writing, it doesn't even have any images. However, the descriptive text claims it can provide functionality including streaming your channel lineup, on-demand content, and DVR recordings, as well as schedule new recordings.

Unfortunately, sideloading the app on Android TV doesn't fully work. While the app installs, and you can also sideload the other prerequisites it complains about when you do, and you can even browse around for content, it ultimately spits an error during playback: 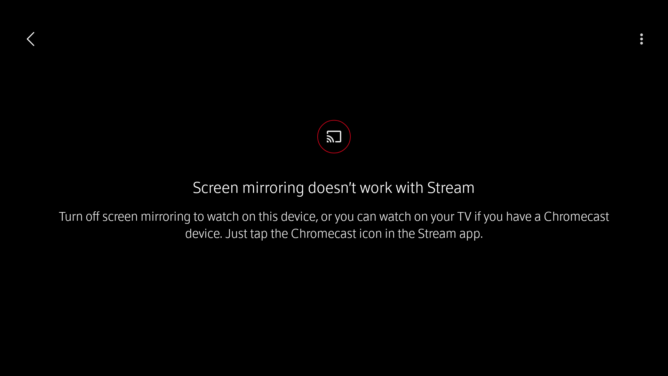 The Fire TV app clocks in at 43MB, and Xfinity Stream customers can get started with the new beta at the link below, though you can also download it directly over at APK Mirror.