WhatsApp for desktops has made it simple to keep the conversation going even while you’re away from your phone, or maybe you just prefer the typing experience of a full-sized keyboard (who doesn’t?). But you still have to return to your mobile device to make a video or voice call. Well, not anymore. WhatsApp is rolling out the ability to make and receive calls right on your desktop screen, starting with those on the beta version of the app.

The options to make audio and video calls have started appearing for some beta users, beside the search button at the top of the chat window — both bearing the beta tag, as shown in the included images. Meanwhile, incoming calls appear in a smaller separate window, from where you can either pick or decline the call. A similar UI appears with a few basic controls for ongoing calls as well (shown below). 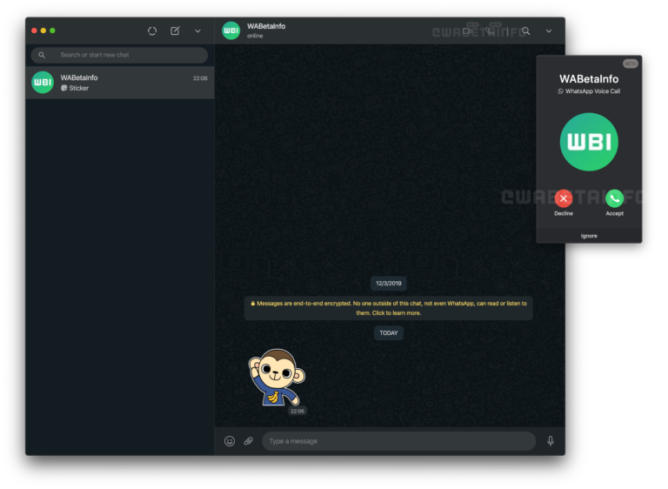 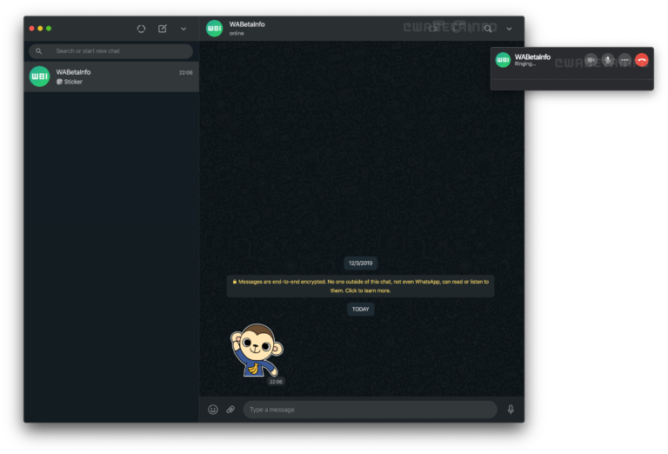 Unfortunately, downloading the latest beta version of WhatsApp for Android doesn’t guarantee that the calling feature will appear for you on the web or the desktop app. None of us here at AP have these options yet; WhatsApp is apparently going for a gradual rollout and is prioritizing the desktop app over its website. You can still try your luck by downloading the latest WhatsApp beta from APK Mirror and see for yourself.

WhatsApp to offer insurance and pension products in India