Rayark International is a developer that's best known for its rhythm games, such as Cytus, though the DEEMO series is also pretty popular. While we've known that the sequel DEEMO II would be coming to Android since May (2020), it would appear the Rayark has also remastered the original title to create DEEMO Reborn, which has been available on Steam since September (2020). This remaster replaces the original's 2D graphics with new 3D designs in order to create a much more immersive title, and as of today, this remaster has landed on the Play Store for pre-registration.

The above trailer offers a solid glimpse of what DEEMO Reborn looks like in action, and as you can see, the game's adventuring section now sports 3D graphics, making for a game that looks much more modern when compared to the original's 2D designs. Of course, you'll still spend most of your time in the game's rhythm sections, and while this section offers improved graphics as well, it's harder to notice the slight changes, such as more effects and a better use of color. Still, if you enjoyed the original, DEEMO Reborn offers a cleaner interface that should easily appeal to hardcore fans, which is probably why the remaster is positively reviewed on Steam.

While we know DEEMO Reborn will be coming to Android and iOS thanks to a recent tweet and today's pre-registration listing on the Play Store, we don't for sure know when the game will be officially launched or how it will be monetized. The previous DEEMO title to come to mobile currently offers in-app purchases that range up to $54.99, though the new iOS listing for DEEMO Reborn states the game will be priced at $2.99 and that it will also offer in-app purchases, with a launch set at December 18th. While iOS pricing and release dates can differ from Android, as of right now, it appears that Rayark plans on releasing the mobile version of the game for $3 with in-app purchases in tow on December 18th.

So if you'd like to receive a notification on the day DEEMO Reborn is officially released on Android, you can pre-register right now through the Play Store widget linked at the bottom of the page.

DEEMO Reborn lands on Android for $1.99

The last time we heard from Rayark International about the mobile release for DEEMO Reborn, we didn't know the exact date the game would launch on the Play Store. While the Apple App Store displayed December 18th as the release date, it would appear the title has arrived a little bit earlier than expected. It would appear the projected pricing was off as well, and so you can pick up DEEMO Reborn for $1.99. This does not mean the game is a premium release, as there are in-app purchases included, which range up to $31.99 per item. Luckily the monetization isn't nefarious because these IAPs are for purchasing new music packs, which will expand the content in this rhythm game.

So far, Play Store reviews are mostly positive, and from what I've played this morning, it's clear this is a solid port. So if you enjoyed the original DEEMO and would like to revisit the title now that it offers 3D graphics, or you simply enjoy quality rhythm games, you can purchase a copy of DEEMO Reborn for $1.99 through the Play Store widget at the bottom of the page. 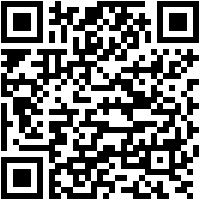 Hands-on with Taskito, a to-do app that does things a little differently