Samsung's Galaxy Note series offers some of the most expensive phones around, but 2020 hasn't been super kind to the high-end smartphone market. Earlier this month, rumors started swirling that Samsung was considering crumpling up its Note line in favor of focusing on foldables. Now the company is rebuking the rumor mill, claiming that the Note's retirement is not in our immediate future.

According to an unnamed Samsung official, the company is, in fact, preparing to release a new entry in the Galaxy Note series for 2021, despite reports saying otherwise. Samsung's mobile chief, Roh Tae-moon, appeared to hint at the demise of the Note lineup in a blog post published yesterday, but this anonymous Samsung official claims that this isn't the case. 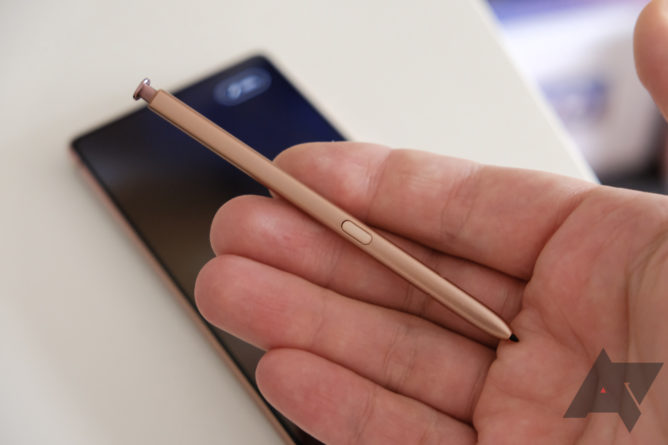 Even if the Note lives on, its most noteworthy feature may no longer be exclusive.

There definitely seems to be some confusion regarding Samsung's messaging on the future of the Note series. After its limited success this year, it seems that the company is perhaps trying to raise sales by bringing more of what makes the Note special down to other, more affordable phones. In Tae-moon's blog post, he confirms that the company will be bringing "people's favorite aspects of the Galaxy Note experience" into other devices, and Samsung did not refute the claim that the S21 lineup will support S-Pens.

Perhaps down the line, once Note fans have transitioned to other devices, Samsung may finally deem it time to throw out the Note. But even if Samsung is letting the Note live through 2021, it definitely seems like the company is planning on offering consumers more lower-priced alternatives to account for the needs of today's market — and making the Note less important as a result.