One of the worst things about smart home hardware is the setup process. Some Assistant-compatible devices are almost plug and play, while others need third party integrations with linked services and a long, convoluted setup. Back in 2019, Google added a feature called "seamless setup" that makes the process a whole lot easier, though over a year later, only a handful of things support it. But in the future, smart home gadgets with the feature will get a badge on the box to make them easier to spot.

Although Google is inconsistent when it comes to capitalization for the feature's name, Seamless Setup-compatible devices will get a tweaked version of the existing "works with Hey Google" badge that replaced "works with the Google Assistant," itself following the rebranding away from "Works with Nest" — all three name changes happened just in the last year and a half, if you can believe it. 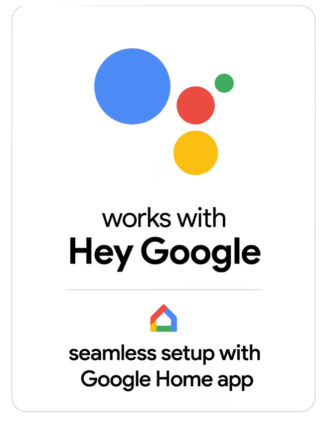 The new Seamless Setup badge indicates that the product inside can be set up using nothing more than the Google Home app itself. That means no third-party apps to install or services to link before it works. Just like setting up a Nest Mini, it only takes a few taps as you connect to the device and tell Google where it is.

To date, we only know of a few third-party products that support Seamless Setup. GE's C-Life bulbs have the feature, as will the upcoming Yeelight Smart LED Bulb M2. Google's list of Seamless Setup brand partners at the current time is very small.

Between this and the new automated troubleshooting tools for Nest devices, Google appears to understand that its smart home ecosystem can be pretty difficult to manage. Hopefully, more manufacturers jump on the Seamless Setup train now that consumers can be trained to spot better products via this new badge.