Last month, Google announced some wave-making changes to its storage policies across various products — the most striking one being the culling of free unlimited backups on Google Photos. Now, probably in a bid to alleviate some financial burden off of its heaviest users, Google is offering a 50% cut on its 10TB, 20TB, and 30TB Google One plans. 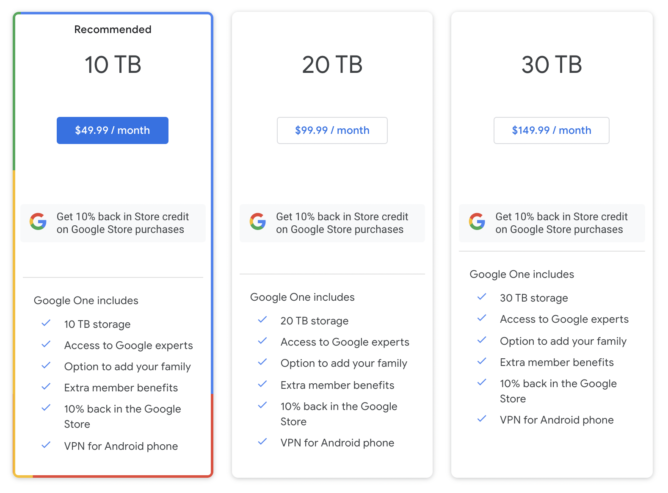 These discounts are not only valid for new users but also for existing subscribers — who should start seeing savings automatically, according to Google. Unfortunately, no price cuts have been announced on any of the smaller plans which are bound to be more popular.

The Google One subscription covers storage for Gmail, Google Photos, Drive, and other workspace apps such as Docs and Sheets. If you purchase any on the plans on Google Store you can also enjoy a 10% cashback in store credit. Google is also bundling in a free VPN with the above plans.

Since these plans can also be shared with up to 5 family members, the drop in prices may be attractive to some users — especially in light of the new storage policies.

Marvel Realm of Champions bursts onto the Play Store, and reviews haven't been kind