As the streaming wars continue, Apple TV has fired off another salvo that should help audiences on the Android side of the fence consider the streaming service. Starting "early next year," Apple TV will be coming to the new Chromecast with Google TV, with support for other Android TV devices coming in the future.

The precise timeline for the news hasn't been provided, but it comes hot on the heels of Apple TV landing for Sony's Android TVs on the Play Store and Amazon Fire TV sticks. Last week, Apple Music also became available for Assistant-powered smart speakers, all part of a clear and continued trend to further open its various streaming services to more platforms — probably a smart move. 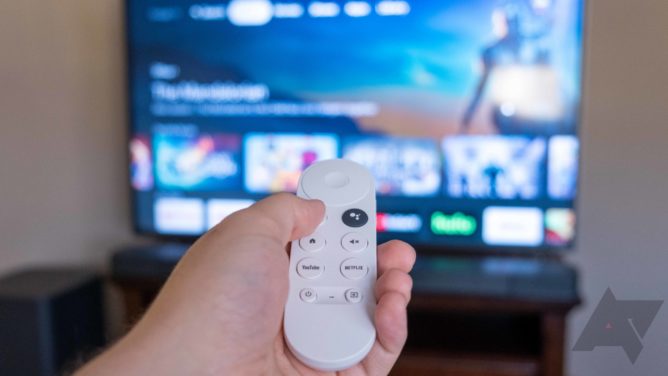 When it lands, that means folks with the new Chromecast with Google TV will be able to enjoy Apple Original programming as part of their Apple TV+ subscription, plus any library of purchased content or Apple TV channels. That includes things like Ted Lasso and Mythic Quest, as well as hotly anticipated shows like Foundation, expected to land next year. Apple TV content will also appear in your personalized recommendations and search results and can be saved to your watchlist, all integrated right into the Chromecast with Google TV.