It's not uncommon for apps and services to try out experimental features with a small batch of users who have knowingly signed up to an alpha or beta test program. However, things get annoying when users are included in an experimental update that they never signed up for and can't opt out of. This is precisely what's happening to some Spotify users who are being made to bear a new Desktop UI that - in polite words - is pretty bad.

The audio-streaming giant began testing the new interface last month to bring the desktop experience on par with Spotify apps on all devices. While the community post attempted to paint a sanguine picture of the update, users who were forced to use the new UI were pretty quick in pointing out just how broken it was.

The new UI is more than just a change in aesthetics as it brings about a bevy of functionality changes — some of which are head-scratchingly daft. For starters, the universal search bar is no longer...universal and needs to be called for with a click or a keyboard shortcut. The artist and album columns within playlists are now combined, making it more difficult to sort playlists according to either category. And oh, if you're switching between playlists, the scrolling position won't stick — a nightmare if you often access playlists with hundreds or thousands of songs. The reliable old UI vs. the new not-so-functional UI

Some handy features such as pressing delete/backspace to remove a song from a playlist and the warning on adding duplicates to playlists are also absent, buggy, or require additional clicks.

Not only does the new update break existing features and functionalities, but it also brings about some new changes which aren't intuitive. One such change is the redesigned Artist page, which no longer chronologically shows all albums and songs. Instead, users need to delve into specific albums to find titles, making it a nightmare if one doesn't remember the release under which a song resides.

Some of these bugs have been squashed in a subsequent update, but users say the experience is still pretty broken. A simple sift through the comments section on the community post reveals other bugs and just how enraged users are in general. 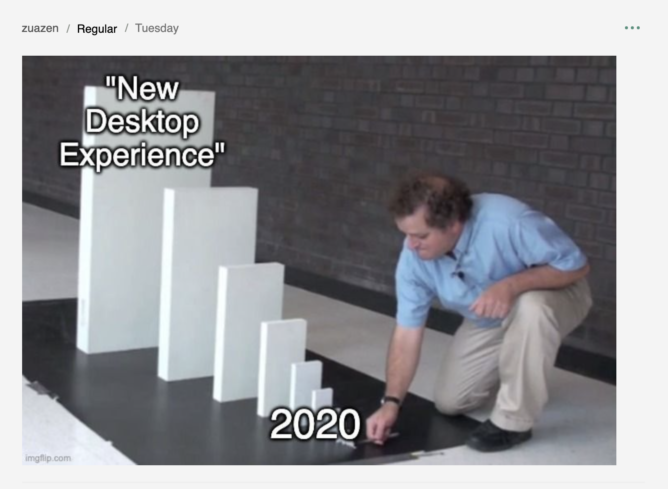 A forum contributor does a good job of summarizing how Spotify users feel about the new update.

While it's understandable for an experimental build to have bugs and some not-so-smart-seeming functionality changes, what's problematic is Spotify pushing the half-baked update to paying subscribers without giving them an option to opt out of it.

Spotify says it's actively going through feedback and working on fine-tuning the application. But knowing the company, we won't be shell-shocked if some unpopular changes were here to stay.