I am a very, very big fan of Peak Design's products. I use and abuse an Everyday Backpack, Sling, and Travel Tripod, and I couldn't imagine covering events for our site without them — at least, back when we had tech events. As a borderline fanboy, I was pretty excited to test out the company's upcoming suite of magnetically mounted mobile accessories. It's a system that has promise, but some of the pre-production hardware we got to check out could use a little more work.

Again, I'd like to reiterate: All the accessories Peak Design sent us were pre-production models, many of which will change before their release. We're withholding final judgment to see how some of those changes make a difference. 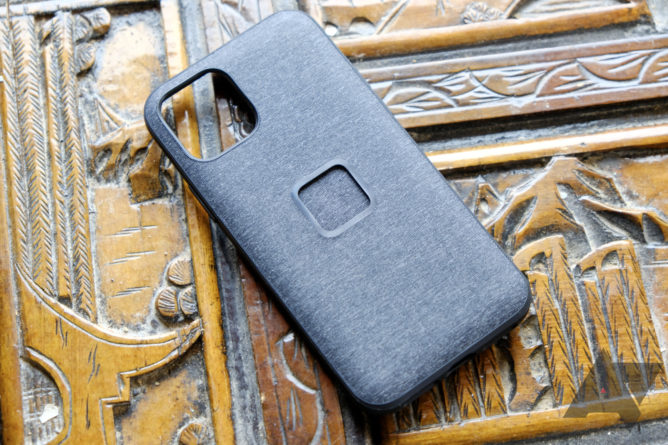 Peak Design's new "Mobile" accessories (yes, that's the series' name) will include cases made for the iPhone 11, 12, and Galaxy S20 series of phones. While the case we were sent to test the mount's various accessories was for an iPhone 11 (which I don't have), there is also an adhesive-backed "universal adapter" that you can apply to any case.

On that note, you need to be a little careful picking out a case to toss that universal adapter on. Unless it's a hard-backed or "hybrid" case, any flex in the case itself could cause the adapter to pop off. Using it on a very flexible case like the Pela Pixel 4a 5g case resulted in it coming off if pretty easily when flexed — which can happen just by taking those types of cases off your phone without being extra careful. The final version of the actual cases will also include a rearranged magnet configuration to support Apple's MagSafe on supported devices. 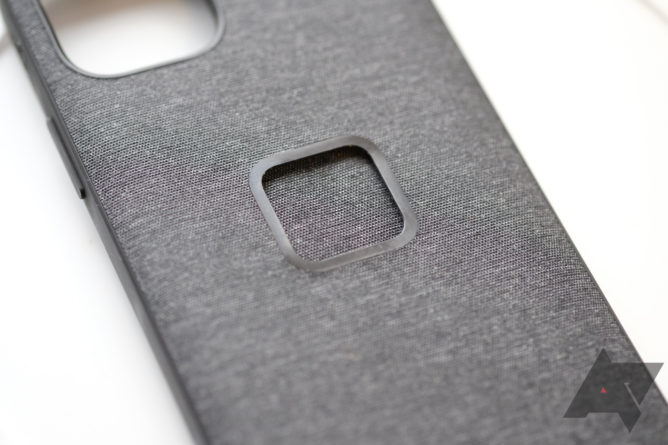 The mount for Peak Design's various accessories is magnetic, set off by a square insert for alignment, though some accessories don't actually use it. There was a little more play in the mechanism for some accessories than I'd have liked (an issue Peak Design is aware of), and the magnet's strength varies. To supplement that, certain mounts like the Bike Mount Pro have a spring-loaded mechanism that attaches more securely. Those beefier mounts are much stronger, leaving me with full confidence your phone won't go flying out of that socket on the road. The legs are rubber-tipped for a better grip on more surface types.

Given Peak Design's usual photography-oriented audience, one of the most popular accessories for this system is bound to be the Mobile Tripod, and I'm not sure it delivers the experience I have come to expect from the brand. I have two major complaints: The magnetic mount for the pre-production model has too much play and fits a bit too loosely, and in practice the tripod isn't as adjustable as I'd hoped or expected.

That first issue is something the company is aware of, and the final model won't even use the square insert that this version does — that sounds to me like it might make the issue even worse, since it won't have the insert to hold it in position, but the company claims it will be a better solution.

My second issue probably can't be fixed without a more substantial redesign. Mechanically, the Mobile Tripod is just a set of three legs that swivel out from a plate into position beneath the phone, secured by a small ball-headed mount. All the parts have almost perfectly tuned resistance, but it's a simple design that offers limited positions and doesn't have a wide-enough stance to offset the weight of bigger phones at the edge limits of those positions. I think I'd prefer if the legs were a bit longer for a lower center of gravity, and paired with a bit more height, the tripod could be used in a wider variety of positions.

As I see it, the Mobile Tripod is easily the flagship accessory for the new lineup, but the design needs a little more work before it's ready. While there are some nice touches, like the nifty built-in magnetic hex key for tightening the legs, it's not otherwise up to the legitimately impeccable standards I have come to expect from Peak Design, and I hope the final version delivers. 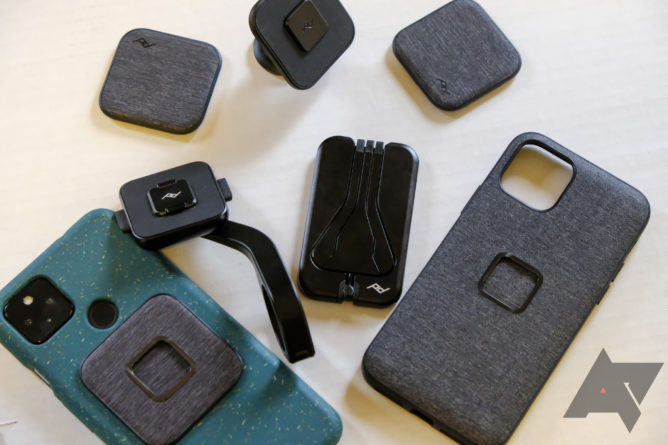 Other mounts like the car and bike mounts work very well, though, without any corner-case issues I can see. The car mount isn't spring-loaded like the bike mount is, but it's so strong, I can't imagine a phone would go flying except in a major accident — at which point, you probably have bigger concerns. The same goes for the wall mount, which is more than strong enough to hold a phone vertically (or even upside-down), though it could be a little thinner for a more flush feeling.

More accessories are also planned, though we weren't able to get our hands on any of the expanded lineup.

Pricing details — with and without the crowdfunding discount.

Customers that are heavily invested in Peak Design's ecosystem might be interested in giving this new set of phone accessories a shot regardless of our initial feelings, as the company is sure to offer more integrations over time with the rest of its product lineup. But it's worth remembering that Peak Design products are expensive, and that's the case here too. As usual for the company, Peak Design is starting sales at a slight discount via Kickstarter. The full suite of accessories runs $332, and that's with the crowdfunding savings. However, the company has managed to pick up $1.75 million across tens of thousands of individual pledges, so folks are clearly interested. But there's one last caveat to consider.

As we touched on before, Peak Design only promises it will make cases for the iPhone 11, 12, and Galaxy S20 series. Again, you can use the universal adapter on any phone, but the actual cases are sure to provide a better and slimmer experience. We're told that Peak Design doesn't have plans to support any other devices between now and its Kickstarter fulfillment. However, the company will reassess support for other Android devices once its accessory ecosystem is up and running.

While I love Peak Design's stuff, this might be one instance where I'd encourage folks to wait for products to actually materialize first.