The old Hammerhead earbuds resembled Apple's original AirPods, with a design that sat in your ear instead of forcing the tips into your ear canal. Razer decided to go with a more common in-ear design this time around, partially due to customer feedback from the original buds, but mostly to allow active noise cancellation. ANC only works well with an in-ear design — Samsung tried to implement ANC with its open-ear Galaxy Buds Live, to no avail. 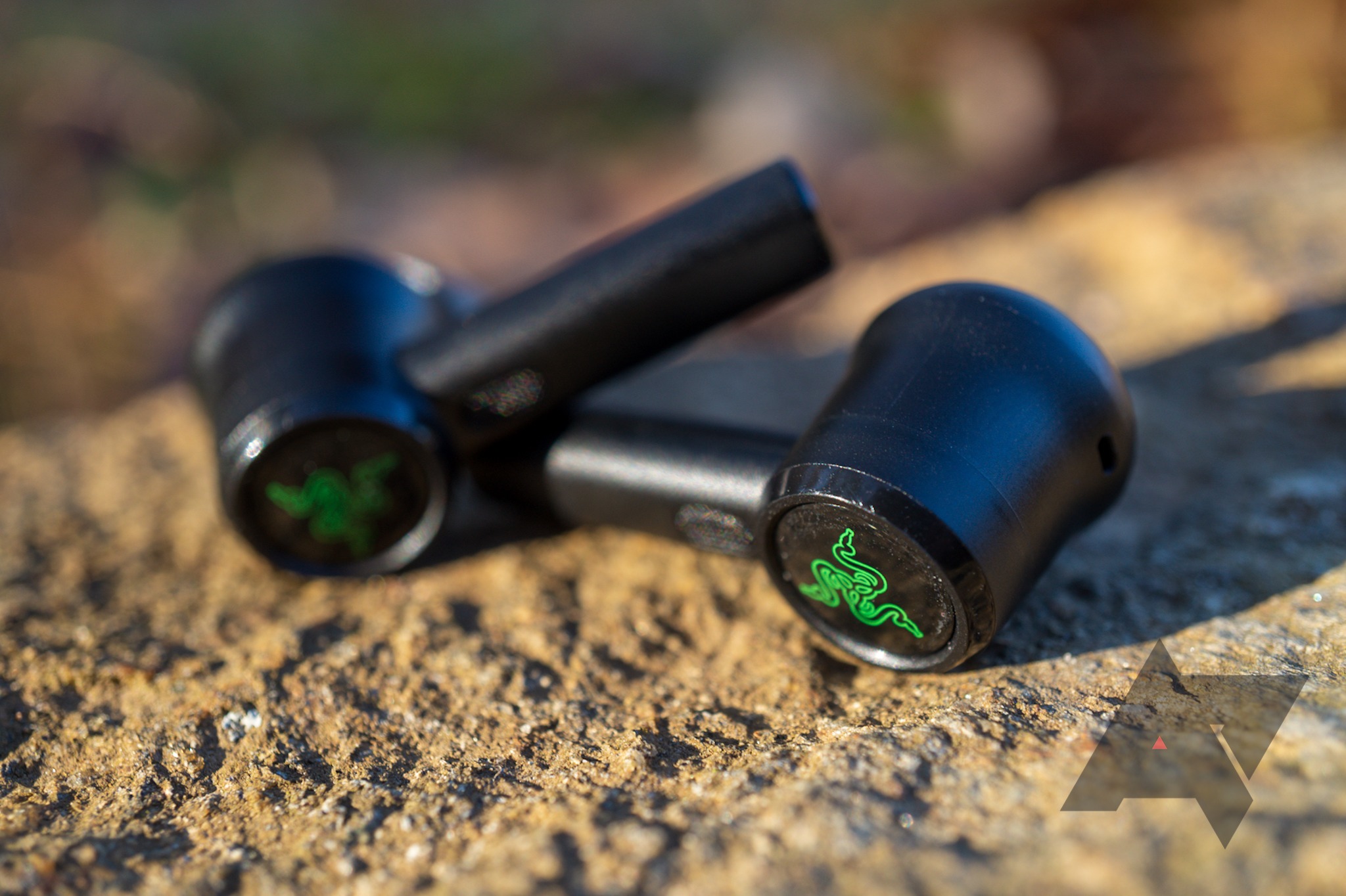 The earbuds look similar to the AirPods Pro, with a section pointing towards your ear with a rubber tip (multiple tip sizes are included in the box), and a long stem on the bottom containing the battery and a microphone. The section facing outward with the Razer logo is the touchpad, which you have to press in various combinations to change the earbud's options.

By default, pressing the touchpad once plays/pauses your media, double-tapping skips, triple-tapping rewinds, and a triple tap (with the last tap held for two seconds) enables Gaming Mode. Cycling between ANC on, ANC off, and ambient sound is done by holding down for two seconds. The controls are finicky, and there's no option to change the volume unless you re-map one of the existing controls, but there's admittedly not more room for additional buttons. The Razer earbuds automatically pause music playback when you take one of them (or both) out of your ear, so at least you won't have to use the ambient mode often. 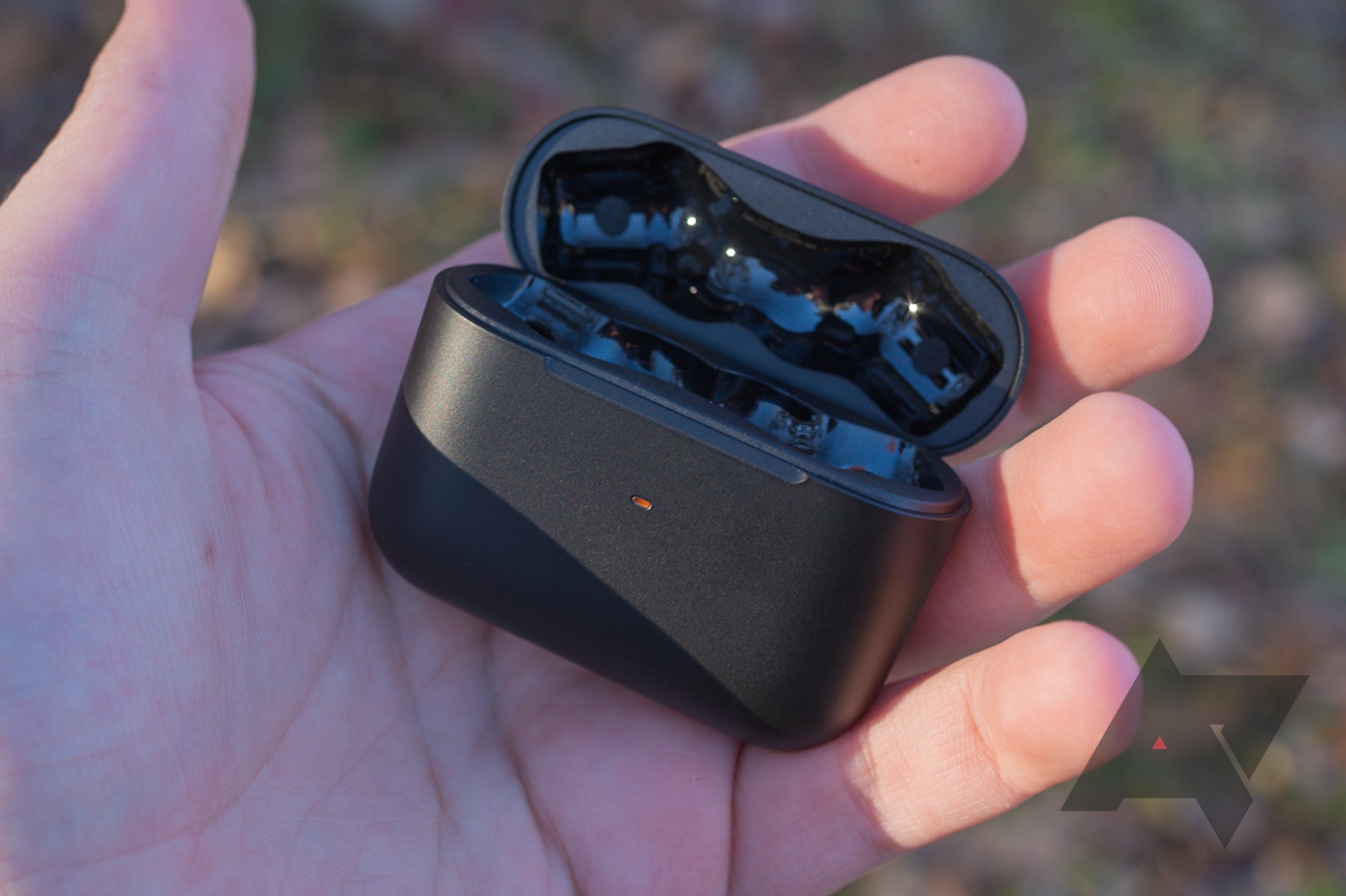 Razer has updated the case design from the original Hammerheads with a new design similar to the case for the OnePlus Buds or AirPods Pro. It's a black rectangle, and it charges via the USB Type-C connector on the bottom. I expected more here for $200 — the case feels like cheap plastic, and there's no wireless charging support. Even the $39.99 EarFun Free earbuds have Qi wireless charging in the case. 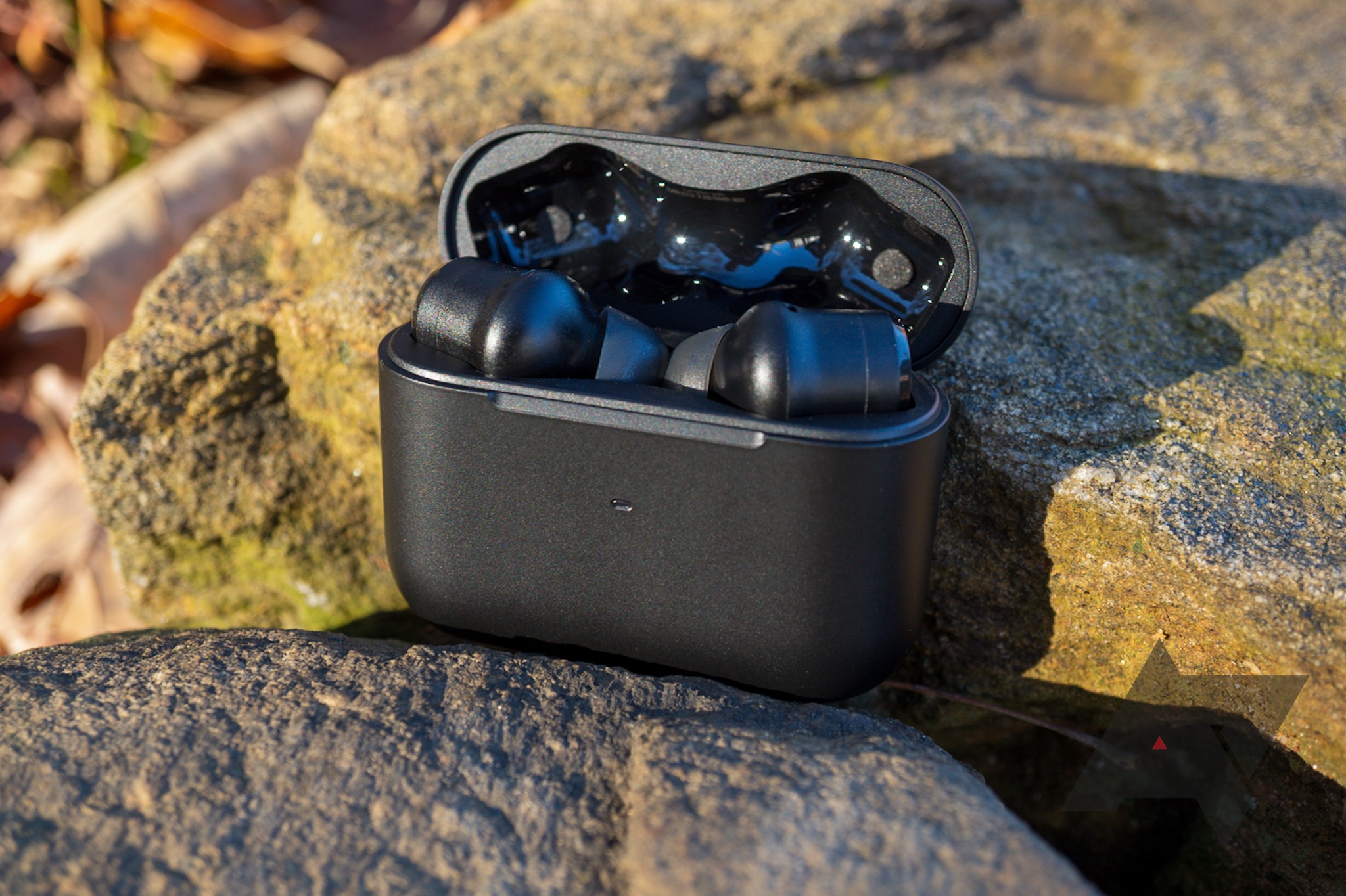 In the box, you get the earbuds, the charging case, large and small rubber eartips, a set of foam eartips, Razer logo stickers, and various instruction manuals.

Good news first: sound quality is excellent on the Hammerhead Pro earbuds, to the point where I struggled to tell the Razer earbuds (on the default THX equalizer setting) and Audio Technica ATH-M40x studio headphones apart, when both were connected to my Galaxy S20. The mid frequencies are louder, giving vocals more emphasis, but the base and higher frequencies still sound clear. There are a few additional equalizer presets available in the Razer Hammerhead app, or you can create your own setting. The mobile app is also used for installing firmware updates and changing the touch controls.

However, the Hammerhead Pro only supports the AAC and SBC audio codecs, just like Razer's original earbuds. I would have expected to see Qualcomm aptX support at this price, even if the latency and sound quality isn't much better than AAC. Gaming Mode is also disappointing — I couldn't tell a significant difference with it on or off when playing a few rounds of Fortnite on my Galaxy S20. Even with the mode enabled, Razer says the latency is around 60ms, so wired headphones will provide a better gaming experience. In both modes, there's a bit of delay between on-screen actions and hearing the audio, but I don't think it would bother most people.

Active noise cancellation on the Hammerhead Pro is decent. It tends to only slightly lower the volume of ambient sound, rather than blocking it out entirely (or coming close), but it did work well when I was vacuuming. Sony's WF-SP800N earbuds come out slightly ahead in this area, though they still struggle with high-pitched noises. 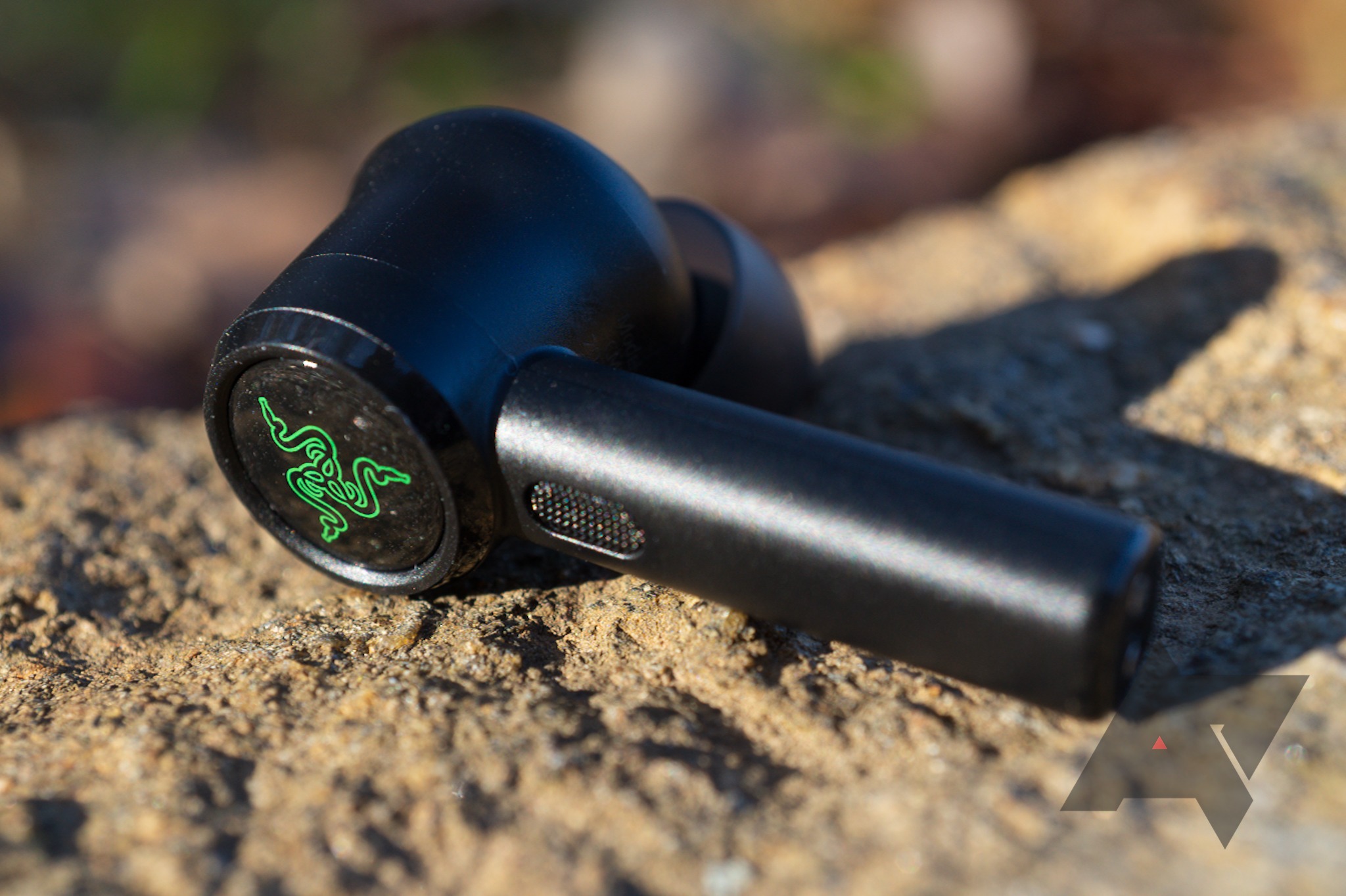 Another high point for the Razer earbuds is microphone quality. I usually don't have long calls over Bluetooth earbuds, since Android reduces the sound quality to achieve lower latency, but at least the other person on the call will clearly hear you (though there is a bit of echo in some cases).

Microphone demo reading from The Hitchhiker's Guide to the Galaxy, by Douglas Adams

Not unless you get it at a steep discount. Sound quality is fantastic, but that's the Hammerhead's only real saving grace. Gaming Mode and ANC don't seem to do much, battery life is too short compared to the competition (even if I personally don't have an issue with it), and there's no support for Qualcomm aptX or Qi wireless charging.

Some of the shortcomings could be accepted at the right price, but the Hammerhead True Wireless Pro earbuds cost a whopping $200. The Sony WF-SP800N is the same price, offering great sound quality, functional ANC, and nine hours of battery life on a single charge with ANC enabled. If you don't care about ANC, Samsung's Galaxy Buds Live+ last closer to 11 hours without going back in the case, and there's also the Galaxy Buds Live to consider.

Take your productivity to new heights with Kanbani, a completely free task management app by ...

25+ forgotten or hidden shortcuts for your Android homescreen