The above teaser trailer is pretty short at 22 seconds and doesn't appear to actually show any gameplay of Orwell's Animal Farm, though a loose outline where all animals are equal but some are more equal than others is presented clearly. While the game still isn't listed on the Play Store, it is up on Steam, and the description states that you'll pick and choose the animals you wish to follow, and the ones you'll ignore, all so you can shape the future of the farm. This will require strategic planning, and so it appears you'll have to defend the farm while also keeping resources balanced to ensure the farm's population remains happy. Basically, the game sounds like a more serious version of Tropico, where you'll try to keep your crooked system afloat as long as possible.

Since Orwell's Animal Farm was specifically announced today in celebration of the 75th anniversary of the book's first publication, details surrounding the game are still light. We don't yet know how the title will be monetized, though we do know it should land sometime this fall on PC and mobile. If you'd like to learn more about Orwell's Animal Farm, there's an email signup on the official webpage, which will undoubtedly net you more info delivered directly to your email as development progresses.

So there you have it, Nerial, the developer behind the successful Reigns series, is working on a new project with the Orwell estate's express permission. Despite the fact we haven't actually seen any gameplay for Orwell's Animal Farm just yet, the title at least sounds promising, so I'm definitely eager to see how this project develops in the coming months.

Seminal 1945 novel to debut on PC and Mobile this autumn, with indie developers The Dairymen and Nerial working with the full endorsement of the Orwell estate

“All animals are equal, but some animals are more equal than others.”
George Orwell, Animal Farm

London, United Kingdom, 17th August 2020 —  Today marks 75 years since George Orwell’s wildly influential literary novel Animal Farm was first published. Now a small collective of indie developers and the estate of George Orwell are proud to announce that the legendary work is set to make a fresh impact via the artistic format of the 21st Century: video gaming.

Animal Farm will be an adventure game that immerses players in Orwell’s story. By choosing which of the animals’ wishes they follow – and who is ignored or sidelined – gamers will influence the critical events that define the fate of the farm. Players must devise strategies to balance resources, defend the farm, and keep the animal population happy. With its evocative 1930s painterly graphics, Animal Farm puts the player at the centre of an allegorical revolution and enables them to experience firsthand the corrupting nature of power.

Orwell's Animal Farm can be wishlisted on Steam from today.

The indie developer collective consists of The Dairymen (Andy Payne founder of Just Flight, AppyNation and Imre Jele founder of Bossa Studios), and Nerial, the creators of the BAFTA-nominated Reigns series, who bring their unrivalled skills in streamlined and powerful storytelling to Animal Farm.

“Animal Farm is a literary masterpiece which uses deceptively simple language to accurately describe the downfall of communism from the dream of equality into totalitarian oppression. The fate of the farm was all too real for me growing up in totalitarian Hungary.

History seems to repeat itself. And once more, Orwell’s classic has become a painfully relevant warning as some Western democracies started using tools and language eerily similar to those of oppressive regimes of the past.

I’ve long wanted to explore how, through video gaming, we could design an experience which immerses the player in Orwell’s vision, and in Nerial we found the perfect partner to make this happen.“

“When we got the opportunity to work with Imre, Andy and the estate of George Orwell to bring Animal Farm to a gaming audience we grabbed it with both hands and set out to make a game that truly honours Orwell’s parable. We were able to bring our genre experience to the project thanks to Reigns, and writer, Emily Short was excited to adapt the text and use her narrative design prowess. Emily has painstakingly studied Orwell’s text to ensure authenticity and verisimilitude.”

Bill Hamilton, literary executor to the estate of the late Sonia Brownwell Orwell:

“Works of art are great because they have universal meanings which resonate anew with every new generation. We are delighted to be working with passionate and creative makers of videogames at The Dairymen and are excited to see them shine a new light on Orwell’s perennial classic.”

The game will be narrated by Abubakar Salim who amongst other roles played Bayek in Assassin's Creed: Origins. His performance was directed by Kate Saxon, who has worked on a series of high profile video games including Everybody's Gone To The Rapture, Alien: Isolation, The Witcher 2 & 3 and others.

This past August (2020), we learned that the developers behind the Reigns card game series were diligently working on a new adventure game based on the commentary found within George Orwell's book Animal Farm. Ideally, this will make for a game that covers the corrupt nature of power, especially since you'll spend your time at the center of a revolution by choosing which of the animals you wish to follow, ultimately deciding which group is sidelined. More or less, the game sounds like a mix between Papers Please and the Tropico series, and it will arrive on the Play Store on December 10th.

Pick Your Own Adventure

Strategically manage the resources and defence of Manor Farm

Sadly the developer has yet to share any videos of the title's gameplay even though the studio has gone through the trouble to describe what the game will offer (above). You can find a few screenshots on the Steam listing, though it's unknown if these are representative of the mobile version. Personally, I find it a little worrying that hardly anything has been shown in the buildup to the game's release, especially now that we only have a month to go. Heck, Orwell's Animal Farm isn't even listed on the Play Store yet, so I guess we'll all have to wait until December 10 to get a better look. Until then, feel free to read through today's press release, which I've listed below in full.

“No one believes more firmly than Comrade Napoleon that all animals are equal. He would be only too happy to let you make your decisions for yourselves. But sometimes you might make the wrong decisions, comrades, and then where should we be?” ― George Orwell, Animal Farm

London, United Kingdom, 2nd November 2020 — As the world awaits the results of this week’s US election, Indie Development Collective The Dairymen and Nerial - creators of the BAFTA-nominated Reigns series - today announced that their game, George Orwell’s Animal Farm, is coming to PC and Mobile on December 10th.

August marked seventy-five years since the novel was published in 1945, and still today, Orwell’s subtle yet razor-sharp commentary on the corrupting nature of power arguably remains as fresh and relevant as ever.

Animal Farm - which enjoys the full endorsement of the Orwell Estate - will be a narrative, choice-based adventure game that puts the player at the centre of an allegorical revolution. By choosing which of the animals’ wishes they follow – and who is ignored or sidelined – gamers will influence the critical events that define the fate of the farm. Players must devise strategies to balance resources, defend the farm, and keep the animal population happy.

“I have long wanted to explore how, through video gaming, we could design an experience which immerses the player in Orwell’s vision. As the project has come to fruition in 2020 it has felt increasingly vital to bring Orwell’s study of inequity, power and control to a new audience. As I watch world events unfold - Brexit, Trump, Putin, Orban, Erdogan - and see numerous leaders use tactics from the populist, nationalist playbook: it sometimes feels like Animal Farm is not fiction, but reality.“

“Animal Farm tends to be remembered for how its powerful characters destroy the truth through gaslighting, hypocrisy, corruption and greed – all distressingly recognisable to people living through the political events of 2020. But the book also says a lot about why altruistic characters support horrible outcomes, and how values like hard work, cooperation, and loyalty can be warped in obedience to unsound goals. Video games are powerful at telling stories about systems and enabling ‘what if?’ questions. My goal was to capture Orwell's very relevant observations in a form that players can explore.”

Pick Your Own Adventure

Cultivate, subvert, or sacrifice the different animals who live on Manor Farm and see their different political strategies play out.
Guide Manor Farm through seven years of Animalism. Can the player avoid its manipulation and the descent into decadence?
Manage the affairs and feelings of Manor Farm’s animals as the fortunes of the farm evolve.
Fill your handbook with information about each animal and log events.
Strategically manage the resources and defence of Manor Farm

Rally against the two-legged enemy: human beings.
Prepare for battle by building the Farm’s defences and increasing resources production, including building the Windmill.
Idyllic springs, sweet summers, golden autumns and bitter winters must all be navigated in each passing year as Animalism marches on.
Multiple Endings and unlockable achievements

Choose your political machinations: Surveillance, Reeducation or Bloodbaths.
Reach up to 6 destinies and find 8 different endings.
Complete all 48 achievements in the Farm’s handbook.
Bring in new creatures to the Republic of Animals, and open up new possibilities for the direction of the Farm.

The game will be narrated by Abubakar Salim who amongst other roles played Bayek in Assassin's Creed: Origins. His performance was directed by Kate Saxon, who has worked on a series of high profile video games including Everybody's Gone To The Rapture, Alien: Isolation, The Witcher 2 & 3 and others.

The indie developer collective consists of The Dairymen (Andy Payne founder of Just Flight, AppyNation and Imre Jele founder of Bossa Studios), and Nerial, the creators of the BAFTA-nominated Reigns series, who bring their unrivalled skills in streamlined and powerful storytelling to Animal Farm.

The last we heard about Orwell's Animal Farm was that it would be launched on the Play Store on December 10th, but it would seem there was a delay getting the Android version up, but thankfully the game is now available for Android users, at least in the US. This means you should be able to pick up the adventure game adaptation of the famous novella for $5.49. From what I've played, Orwell's Animal Farm makes for a solid adventure that stays true to George Orwell's work, most likely due to the fact the Orwell estate fully endorses the title. So if you're a fan of Orwell, or are simply seeking out a fresh experience inspired by a literary master, then you can't go wrong by picking up Orwell's Animal Farm.

If you'd like to check the game out for yourself, you can purchase a copy through the Play Store widget directly below. 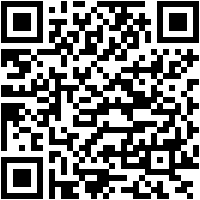 Google Messages gets iMessage-like reactions on the web too