It’s customary for each smartphone maker to have a proprietary data transfer app to help you switch to a new device — even Apple has one for Android. But Xiaomi’s Mi Mover app has so far been available only for its own devices, leaving out all other smartphones. Though a bit late, Xiaomi has finally released the Mi Mover app on the Play Store so even non-Xiaomi phone holders can now download it.

The Mi Mover app has for years been a part of MIUI, but its general release means that more people can now use it. Using the app is a pretty standard affair; Mi Mover will take your permission to access all your data, after which it’ll ask you to pair the app with your new phone. On the next page, you can select the file types you want to move, and the app will take care of the rest. Bear in mind that a non-Xiaomi phone can only be a sender and not a receiver, as shown in the screenshots below.

That makes Mi Mover usable only for a specific group of users getting into Xiaomi from another smartphone brand. If you fall under that category, you can download the app from the Play Store widget below. Alternatively, you can use Google's own transfer tool that pops up when first setting up any Android phone, while there are a bunch of third-party solutions available, too. 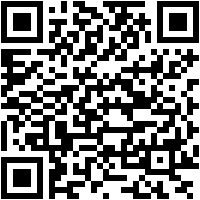 Orwell's Animal Farm is a gorgeous adventure game that explores power and corruption, out now