Google has decoupled many system features from Android over the years to allow for seamless over-the-air updates, making millions of phones that don't receive new firmware releases as often as they should more secure. But sometimes, things go wrong despite this approach. This time around, we've received reports of people complaining about SMS sending and receiving issues following an update of the Carrier Services that has been rolling out over the past few days. Google has reacted swiftly and has already pulled the update, downgrading most phones to the previous version.

The culprit appears to be Carrier Services v50. Following the update, some Samsung, OnePlus, LG, Motorola, and TCL phones refused to send and receive SMS messages, as reported by 9to5Google and on Reddit. Many affected users have turned to their carriers for support since they rightfully assumed it was an issue on their end, with support representatives investigating but unable to resolve the problem. It took some time until Redditors found out that the problem was caused by the Carrier Services app, and then some more until some of our regular tipsters noticed that the Play Store automatically downgraded them from v50 to the previous release, v48.

If you're still on version 50 and need to downgrade to v48 manually, head to your system settings and search for "Carrier Services," which should give you a direct link to its app info screen. That's also where you can check which version you're on by tapping Advanced and scrolling down a bit. If you're on v50, head to the three-dot menu in the top right corner and select Uninstall updates. You'll then be downgraded to the version your phone shipped with, which should fix the problems. If you want to update to the most recent functional version following this step you can grab the download from APK Mirror. 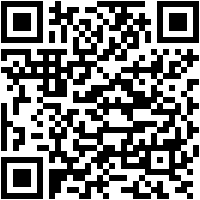 Google web search is getting a handy UI revamp