The Internet Explorer has long had a reputation for being slow and outdated, but many businesses still rely on Microsoft's old browser for compatibility reasons. If they're using Google Workspace, they might soon have to look for a more modern solution. Following Microsoft's statement that it'll stop supporting Internet Explorer 11, Google has announced that it will pull its productivity tools from the aging browser from March 15, 2021.

Over the next few weeks, Google will start showing banners to Workspace users who still rely on IE 11, encouraging them or their admins to switch to one of the other supported browsers like Microsoft's new Chromium-based Edge, Firefox, or Chrome. The change impacts everyone using Workspace. 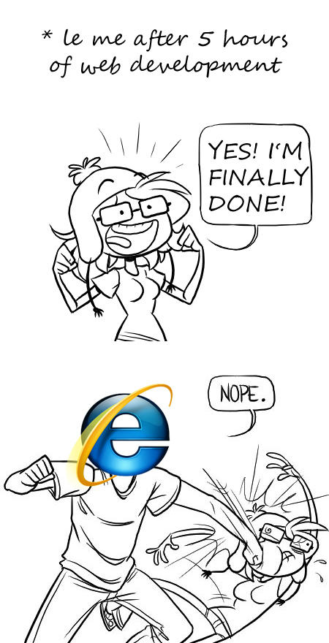 This will probably soon be a thing of the past for Google engineers. Source: Know Your Meme.

Internet Explorer 11 was initially released back in October 2013 along with Windows 8.1, and it made its way to Windows 7 about a month later. Microsoft announced that its Teams and 365 web apps would stop supporting the ancient, hard-to-code-for browser a while back, even though IE 11 will continue receiving security updates for the time being.

Yelp gets another redesign, with a sharper focus on user preferences