The new Google Pay app was released last month, bringing a bunch of new features with it. Among the perks of the revamped app are new dynamic rewards that give cash back and other offers on in-store and online purchases. And now we know how Google is able to award these benefits without requiring users to scan a code or use a coupon: it's thanks to a new partnership with Rakuten.

Rakuten (formerly called Ebates) is an online service that gives people cash back for purchasing certain items. It works by linking your payment card to the platform, automatically rewarding you when you use the card to place an order. Google partnered with Rakuten to incorporate a similar system into the new Google Pay. 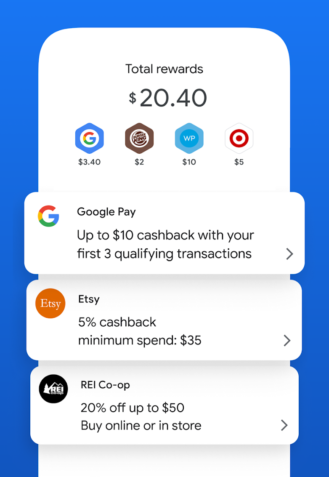 Google Pay's new card-linked offers are enabled by a partnership with Rakuten.

Once you activate an offer in the new Google Pay app, Google will look for that specific charge on your card. When it recognizes it, the rewards show up with no need for redeeming an offer code or inputting a rewards number. It's a big boon for convenience, and it's nice to finally know who Google is working with on the backend.

To try out the new Google Pay experience for yourself, download the app from APK Mirror or the Play Store. It's still listed as being in early access, though, so you might want to keep the old Google Pay app around just in case; the new app differs in some key ways, and not all of them are good.