Samsung's Galaxy S, Note, and Z Fold ranges may be those that grab the headlines, but in reality it's the Galaxy A family that sells the best. Samsung moves more of these handsets than anything else, and the company has certainly been focusing on them a lot recently. We received some news regarding the A72 back in September, and now it's time to talk about the A52, with the release of some CAD-based renders.

The Galaxy A52 5G reportedly measures 159.9 x 75.1mm, which is nearly 2mm taller and 1.5mm wider than the A51 it's replacing. Despite this, the display is 6.5 inches with a centered camera cutout, just like last time. The A52's back panel will be Glasstic, Samsung's take on plastic that's meant to look and feel like glass. The 3.5mm headphone jack returns once again, as is common for devices in this price bracket. 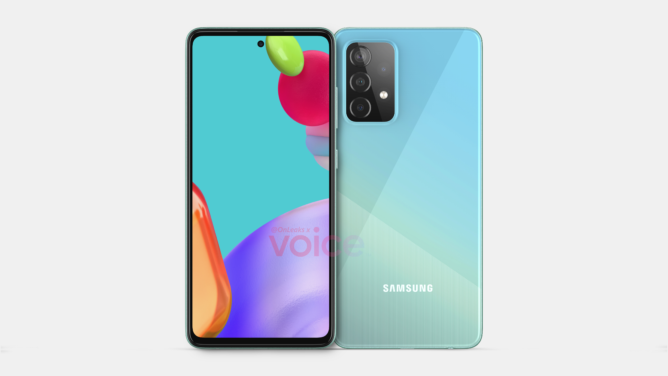 The quad-camera system looks almost identical to the A51's, although the specifications are currently unknown, so hopefully Samsung will give us some hardware upgrades. When the company announced that some of its devices would receive three years of Android updates, the current A51 was included in that list, so the new model should also benefit from that.

Pricing is currently unknown, but will presumably be close to the A51 5G at $499. We don't know when the A52 5G will be released, but it should be soon; the current model was announced in December 2019 and shipped in January 2020. Hopefully, the new phone will follow a similar pattern.