The Chrome OS Stable channel received a significant milestone update recently, from 86.0.4240.199 to 87.0.4280.88. As with every big new bump, this brings substantial changes to the table, offering several new features, bug fixes, and security enhancements to improve your Chrome OS user experience. Due to this update's sheer size, there may be a few things we missed, but here is everything new we've found in Chrome OS 87 so far.

Everyone should be able to access and enjoy their devices. Assistive technology in Chrome OS allows people with disabilities or special needs to use their Chromebook.

The Admin console is a cloud-based tool that IT admins use to enforce policies, install Chrome apps and extensions, and more on managed Chromebooks.

Ash (Aura shell) is the window manager and system UI for Chrome OS. It includes the lockscreen, shelf, launcher, and more. 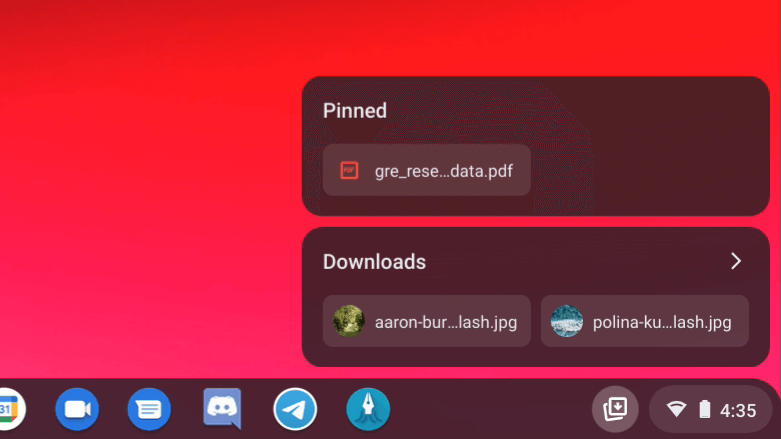 The virtual desk animations are a lot smoother than before. 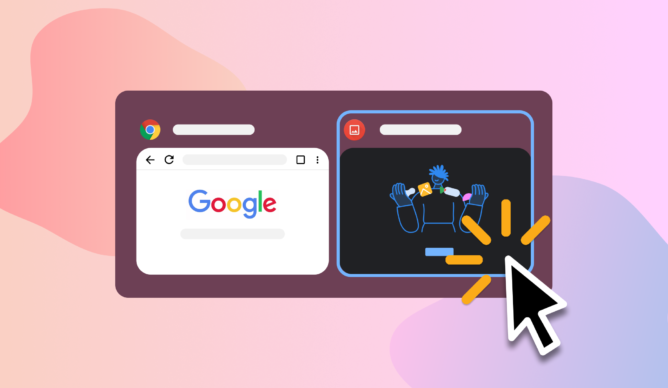 Rename UI is marginally more visible than before. 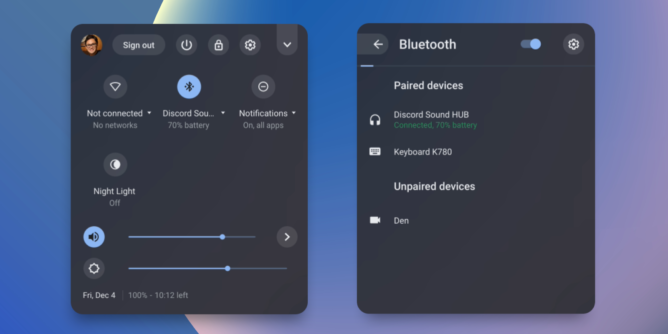 The shelf settings now show how much battery is left on my earbuds. 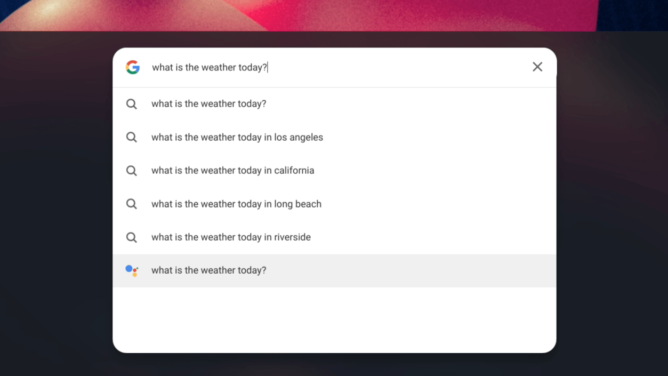 Google Assistant is integrated into the launcher search even further. 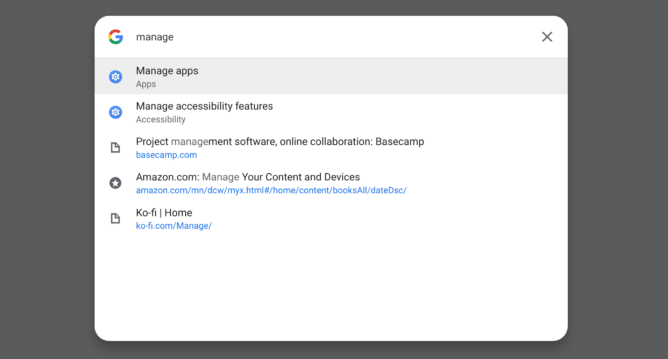 Chrome OS settings integration into the launcher search is rolling out widely.

The Chrome OS Camera app is a system app packaged with Chrome OS designed to take photos and record videos. 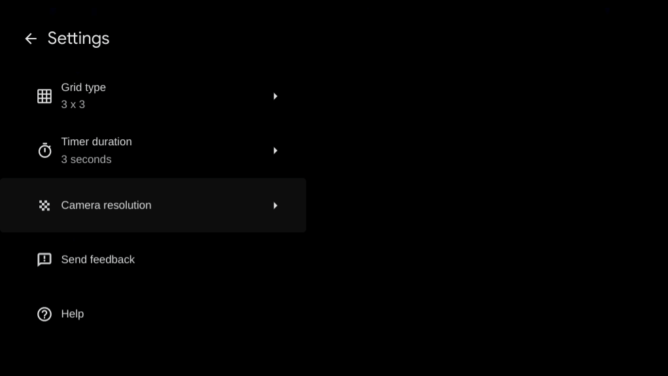 The settings menu UI has been tweaked.

Google Chrome is the default web browser tightly integrated into Chrome OS. Most of the following changes will work across desktop platforms.

Tab search makes it easier to find your Chrome tabs.

Chrome Actions offer a quick way to control Chrome from the address bar.

A look at the revamped PDF viewer in Chrome 87, coming soon to Chrome OS.

Read Later saves your tabs to be read at a later time.

Rename Chrome windows to help you organize your workflow.

This is the global settings menu on a Chromebook that allows you to change your networking information, user accounts, app permissions, and more. 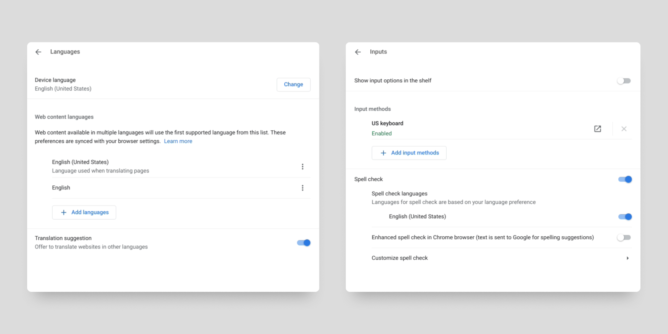 The language and inputs menus are a lot less confusing than previous versions.

Crosh, or Chromium OS Shell, is a native command-line interface for Chrome OS similar to the Linux shell. It is used to debug your machine, run tests, or just poke around for fun.

Chrome OS ships with pre-installed applications, such as YouTube Music and Google Duo. The collection of apps may vary depending on the device.

The diagnostic app is a new system application that gives users a glance at basic system information, including battery details, CPU, memory, and more. 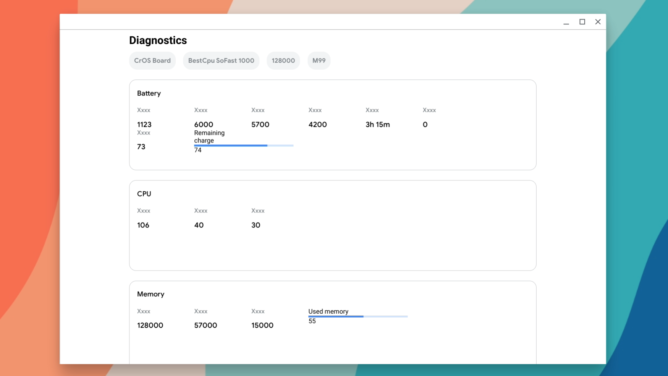 The diagnostic app offers a glance at basic system information.

Exo is a Chromium component used for implementing a display server on top of the Aura shell (Ash). It uses the Wayland protocol to communicate with clients like Android and Linux apps on Chrome OS.

Explore (formerly "Get Help") is a new in-product education app built into Chrome OS that helps new users set up and take full advantage of their Chromebook. It allows the user to learn how to use Chrome OS and includes easy access to special perks.

The Files app is the native file manager in Chrome OS. It allows you to open, save, or delete files (documents, PDFs, images, etc.) stored on your Chromebook. 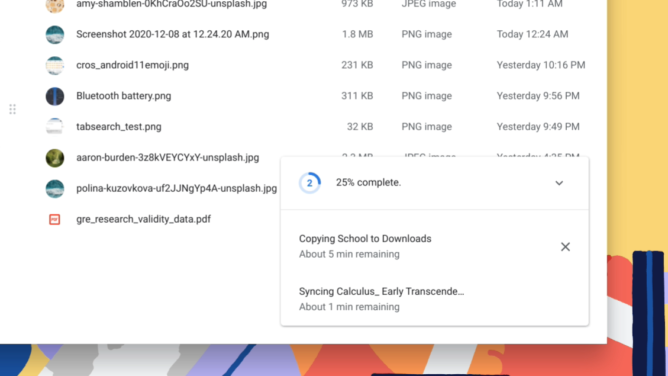 The files app will now estimate how long it'll take to transfer files. 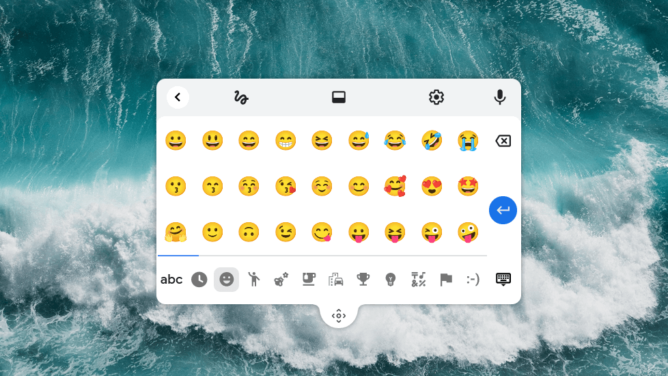 Linux (Beta), also known as Crostini, is a feature that allows you to access a library of Linux apps on your Chromebook, such as Microsoft Visual Studio Code, Inkscape, or Steam. Check if your device supports Linux (Beta) by clicking here.

The Media app is a brand new gallery app built into Chrome OS that allows you to view and tweak photos stored on your Chromebook.

OOBE (Out-of-box-experience) is the initial setup screen you see either by booting Chrome OS for the first time or after a powerwash. It helps you set up your Google accounts, lockscreen, and more.

The print management service in Chrome OS attempts to provide thee smoothest experience possible to users who wish to use CUPS printers. CUPS uses an Internet Printing Protocol (IPP) to support printing to local and network printers with your Chromebook.

Personalization is key to making your Chromebook look fresh and exciting. Chrome OS offers several system backgrounds in its wallpaper picker, including photos downloaded on your device. 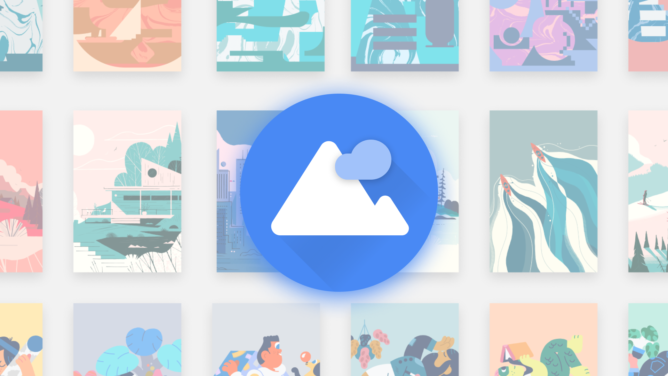 A collection of new wallpapers is available for Chromebooks on Chrome OS 87.

That's about all I can find new in Chrome OS 87. Overall, this update proves that Chrome OS has come a long way since it debuted in 2011. In a future article (update: now published), I will talk about some experimental new flags that give us a glimpse of intriguing new features coming to Chromebooks soon.