Welcome to the roundup of the new Android games that went live in the Play Store or were spotted by us in the previous week or so. Today's list is broken up into several segments, ranging from best, average, to mediocre. So whether you're looking for the best games of quality or are simply looking for the latest free-to-play gacha titles, you're covered. This week I have the arrival of Bloodstained: Ritual of the Night, though it's a shoddy port. I also have the arrival of Football Manager 2021 Touch as well as the official launch of Donut County on Android. So without further ado, here are the new and notable Android games released during the week of December 4th, 2020. 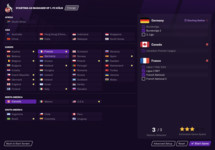 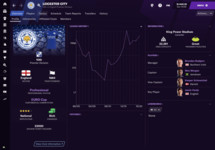 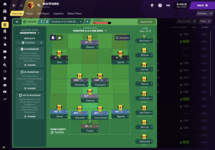 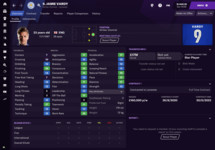 Donut County is a delightful game all about holes. Not only are you treated to a competent story, but you'll get to spend your time solving puzzles by sucking up objects into a hole. As you progress, this hole will grow, which means you can swallow larger and larger objects as you progress. All in all, this is an intriguing physics-based puzzler, and seeing that it's existed on PC for years, we already know it's a well-reviewed title deserving of praise. The Legend of Bum-bo is a deck-building game from the creator of The Binding of Isaac and Super Meat Boy, and it's finally made its way to Android this week. Supposedly the game serves as a prequel to The Binding of Isaac, and mainly you'll spend your time matching items in order to create objects that can be used to attack your enemies. So yes, this is a weird game, but it's still accessible since it's mechanically similar to many match-3 RPGs. Really, the only thing that may keep people away from this title is the price. Slay the Beat: A rhythm RPG with roguelike battles

Slay the Beat mixes together rhythm-based gameplay with RPG mechanics, and it will be your job to save a futuristic cyberpunk Earth from an alien robot invasion. This means you'll swipe on the screen to the beat of the game's music to clear out the robots in each stage, and as you progress, you'll unlock new upgrades that will help you to move past the more difficult fights. Best of all, this release is totally free to play, so if you enjoy rhythm games, you should definitely check out Slay the Beat. 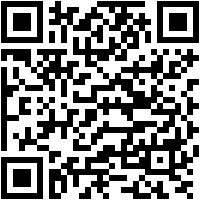 Puzzling Peaks EXE is the latest game in the EXE series, though this time around, you'll spend your time solving puzzles, which are the central focus of the game. Your job is to push a ball into its goal, which is harder than it first appears, and since this release offers 100+ hand-crafted levels, you can bet your bottom dollar that this is a game that will take some time to work through. So for two bucks, you actually get a good bit of content that can be quite challenging. Doors: Origins is an early access release from Snapbreak, a developer that knows a thing or two about escape room games. As you can see in the screenshots below, this release offers a similar experience to titles like The Room, where you'll solve intricate 3D puzzles through physics-based interactions. The game is free to try, and if you like what you see, you can unlock the title in full through an in-app purchase. 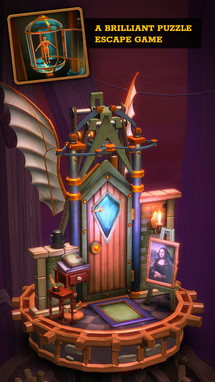 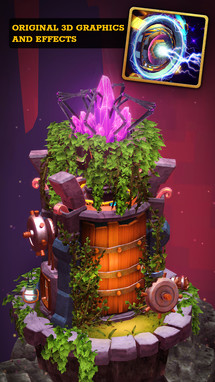 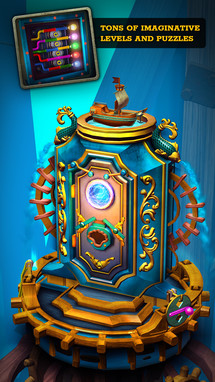 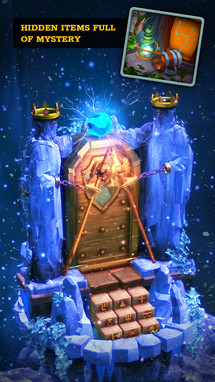 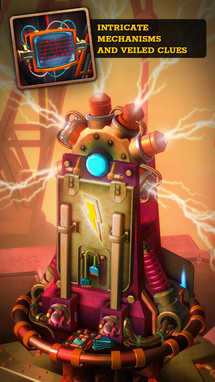 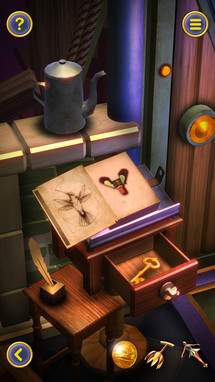 AkiRobots is a delightful puzzler that offers adorable 2D art as well as competent puzzles that can be pretty challenging, and thanks to the game's 2D graphics, this release should run well on just about any device. Mainly you'll spend your time solving puzzles to move on to the next level, so think Sokoban, but in a 2D side view, and you're getting close to what AkiRobots has to offer. 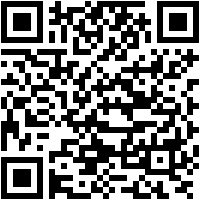 The Complex calls back to the days when games were made with full-motion video, and so this release offers exactly that. Now, I've never been a fan of live-action games since they primarily play like choose your own adventures, but through a video format, which is kind of lame when watching a movie doesn't require any interaction on my part. Luckily The Complex is a solid effort that offers an enthralling story that's themed around a bio-weapon attack in a major city, and it even stars a few D-list celebrities from popular TV shows. So for an FMV game, it isn't half-bad and definitely offers a lot of polish. Golf in 60 Seconds offers exactly what it says on the tin. This is a casual golf game where you complete rounds in 60 seconds by trying for a high score. Essentially you'll have a minute to reach the highest score possible, but the thing is, you'll earn the most points by making accurate shots. I find that this requires a good bit of skill to pull off, but once things click, you'll see why this game is a joy to play. So yes, this is a casual game, but it's definitely a heck of a lot of fun in short bursts. Bloodstained: Ritual of the Night

Android Police coverage: Bloodstained: Ritual of the Night lands on Android for $10, but it's a sloppy port

As much as I'd love to list Bloodstained: Ritual of the Night in the Best Games section, this port's current state has relegated the title to our Average section. It would appear the game is capped at 30fps, which is pretty disappointing to see, and if you choose to play on High or Epic graphics settings, the entire game continually stutters, even on powerful top-end hardware. Controller support is included, though it's not full support, so you'll also have to tap on the screen to perform actions like saving the game. It would appear NetEase didn't put much work into this port, and it shows, which is why the game underperforms. Sure, it's playable, but that seems to be as good as it gets. 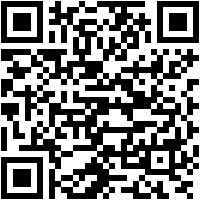 RPG Chroma Quaternion is the latest role-playing game from Kemco, and much like every other release, this is a cookie-cutter title that offers turn-based combat set in a world that you're tasked with saving. The title's graphics call back to the 16-bit era, you can choose from English or Japanese languages, and partial controller support is provided. You can also check the game out for free since there was a free version released alongside this premium variant, which is handy if you don't want to go out of pocket just to check the game out. 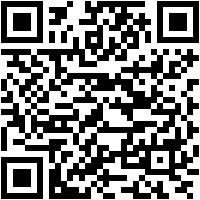 KillStreak.tv is an early access release from Blue Wizard Digital, the same people behind Slayaway Camp. While this release isn't much of a looker, thanks to its stiff animations, the multiplayer shooting gameplay holds up. So if you're a fan of old-school arena shooters, you might get a kick out of
KillStreak.tv. At the very least, the game is free, and while there are advertisements, there's no monetization yet, allowing for unfettered play without having to worry about what's in your wallet. Startup Panic is a management game where you'll, you guessed it, build a startup. Like most management games of this nature, you'll compete against the in-game competition to ultimately build the best startup possible. So if you enjoy digging into graphs and charts just to build the best business that you can, all while making your way through a fitting but dull story, then this is the game for you. Escape Legends is an escape room puzzle game that has added a PvP mode to the standard gameplay to create something unique. If you've ever wanted to play games like The Room against other players to see who can finish a puzzle first, then you're going to get a kick out of Escape Legends. So make sure to bring a quick wit if you're going to jump into this release because you're going to need it. Really, the only thing holding this game back is a lack of a player base and too many in-app purchases. I'm always a sucker for golf games, which is why I had to check out the early access release for Golf Party with Friends. As you can see, this title offers adorable graphics, and like most golf games, you can earn new skills while also leveling your equipment. Primarily this is a turn-based competitive game, but it also offers a story mode as well as a real-time multiplayer mode for simultaneous gameplay. Just keep in mind that since this a new release, you may play against bots instead of real people, so unless this title finds a massive audience, the story mode may be your best bet. Sadly the game's monetization is lackluster, so expect an endless grind that doesn't feel very fulfilling. Terragaul: Rogue Heroes is an early access release, and it's billed as an action RPG, and for once, that's an accurate description. Sadly the game is free-to-play, which means it contains too much monetization, and since the title is still in testing despite the fact its IAPs are up and running, it's clear where this dev's priorities lay. While I wouldn't go so far as to call the game a cash grab, it's definitely treading a thin line. 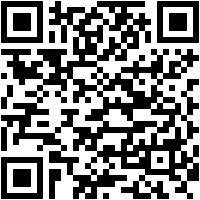 Shining Beyond serves as some sort of follow-up to Valiant Force, though it would appear this title is already delisted, which is a little worrying for this new release since the dev clearly doesn't stick with its games for the long term. Still, it's not like anyone's going to miss this generic RPG whenever it's inevitably removed from the store, outside of the few people that choose to invest in such a glaringly lackluster title. Sure, the anime graphics are nice enough, but the paywalls are already brutal, which isn't a good sign of things to come in a brand-new release. 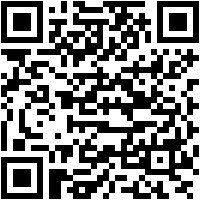 Shelter War is described as a survival game, which is clear once you take a peek at the screenshots below since the title looks eerily similar to Fallout Shelter. This is why I doubt it's a coincidence that this release is called Shelter War, ensuring the people understand what kind of lazy clone this game is. Surprise, surprise, Shelter War is monetized heavily, and it sure doesn't help that it's also a buggy release that crashes often. At first, WWE Undefeated looks like a polished title that sports excellent graphics, but once you dig in, you'll see that just like every other free-to-play fighting game on the Play Store. The game features heavy monetization and a reliance on PvP content that ultimately ruins the fun. That's right, you can only play against other people, there is no story mode, so in order to advance, you'll have to spend your time grinding through matches that are often unbalanced, all to push you towards the game's in-app purchases. 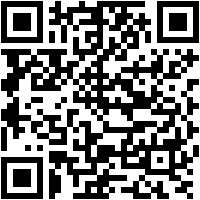