Last year, I said the Snapdragon 865 was the most important smartphone chip in years. I meant that, and stand by it, because it was the chip that introduced 5G to the (relatively unenthusiastic) masses and ensured that 5G would be a standard feature on most mainstream phones going forward. The Snapdragon 888 doesn't have that same wireless generational leap as its predecessor, but the architectural changes to Qualcomm's newest silicon actually do feel more significant this year. Let's break it down.

Starting with the CPU, Qualcomm is rejiggering its approach once again, featuring a new ARM Cortex-X1 "supercore" alongside 3 smaller mid-core and 4 small cores, making up what Qualcomm calls the Kryo 680. This isn't the first time Qualcomm has used a super-sized "prime" CPU core, but it's the first smartphone processor to debut with ARM's new X1 reference design, which offers a 30% performance uplift over the outgoing A77 cores. Qualcomm says the Kryo 680 is a net 25% quicker than the outgoing CPU on the Snapdragon 865, which is a pretty impressive gain. It's also based on a 5nm process, which enables a 25% power efficiency increase, too. All in all, as the brains behind most of your smartphone's functionality, this is a significant, if not massive, upgrade. Still, yielding consistent improvements like this almost every year remains an impressive feat. 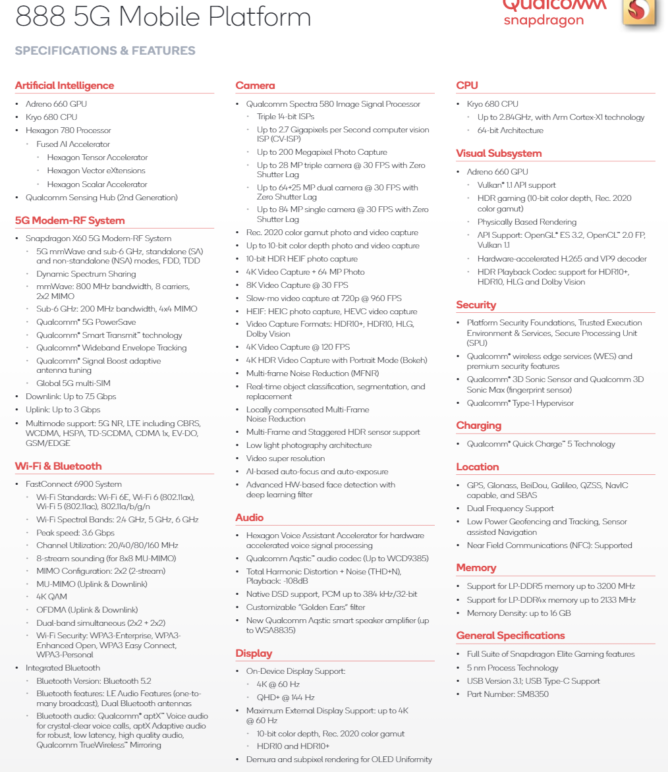 When it comes to GPU, Qualcomm has been more aggressive: it claims a noteworthy 35% uplift in maximum performance, with around a 20% greater power efficiency than last year's model. The Adreno 660 comes with a couple of new features, too, perhaps most notably variable rate shading (VRS), which will allow developers to noticeably increase frame rates on more graphically intensive games. It's not clear how much work will be needed to support this feature on mobile or what the implications for middleware are, but the total increase in gaming performance still sounds quite promising. 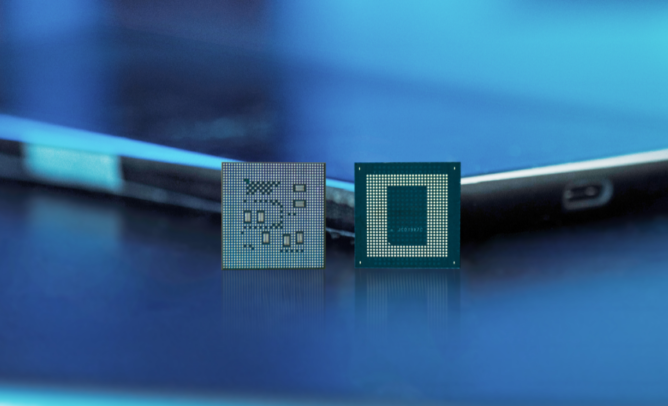 On the AI front, Qualcomm's most aggressive re-architecturing is on display. It has combined the tensor, vector, and scalar compute units into a single, linked piece of silicon, and by using shared memory, increased available memory for the AI cores by a staggering 1500%. It says as a result that the scalar accelerator is 50% faster, while the tensor accelerator is 100% quicker. The GPU also plays a role, and Qualcomm claims that for GPU AI compute application, the new Adreno 660 will be 43% speedier. Perhaps more importantly, Qualcomm is introducing the second generation of its "Sensing Hub" chip, which allows your phone to offload ultra-low-power operations related to things like movement and connection state from higher-power parts of the chipset to a purpose-built piece of silicon that uses very little battery. According to Qualcomm, the new Sensing Hub will offload up to four times more of the AI workload from the Hexagon DSP than previous generations of its chips.

Connectivity on the latest Snapdragon chip is, as you'd expect, a huge part of the sell. The already-announced X60 modem will allow mobile operators to implement sub-6GHz 5G carrier aggregation, significantly easing the transition to 5G in the coming years. The X60 modem is also now integrated directly onto the Snapdragon 888 SoC, which should provide marginal improvements in terms of power efficiency. On the Wi-Fi end of things, Qualcomm says the 888 will support the new Wi-Fi 6E spectrum, but there's no guarantee its smartphone vendors will, as the new FastConnect 6900 platform is an optional part of the 888, which most phonemakers opt not to use. 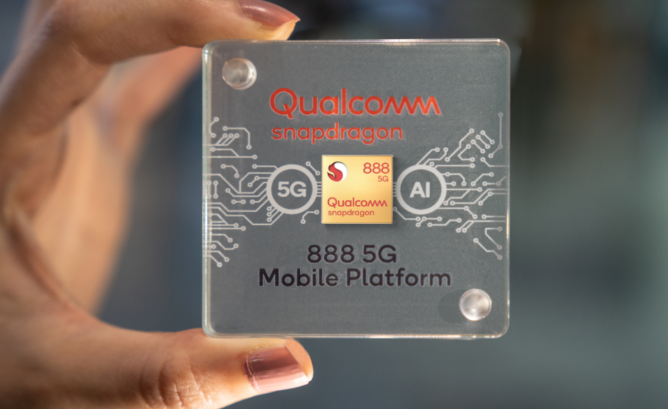 Finally, Qualcomm is introducing a very significant update to its Spectra image signal processor (ISP), by making three ISP cores standard on the 888. This will dramatically increase image processing bandwidth, but also allow smartphone makers to increase the speed of switching between various image sensors on your phone. There are some new camera software features Qualcomm is introducing, like AI-powered multi-frame video HDR, though these generally have a pretty mixed level of adoption among smartphone OEMs like Samsung, who tend to opt for more customized camera solutions.

All in all, the Snapdragon 888 is probably Qualcomm's biggest update to its flagship chipset since the 835, when the company first moved to an 8-core CPU layout. The big improvements to AI performance, ISP capability, GPU performance, and CPU architecture signal an important shift for high-end smartphone silicon, where the holistic performance of heterogeneous computing power takes precedence over mere gigahertz and gigabytes. The first Snapdragon 888 smartphones are expected to ship in Q1 2021.