Many companies have attempted to bridge the gap between desktop and mobile, and now it looks like Motorola is taking another shot at it. In a new video released for Qualcomm's Snapdragon Summit event, Motorola president Sergio Bunac gave a teaser for what users can expect an upcoming desktop mode to look like — as well as a few more fun tricks Motorola has up its sleeves.

The short clip reveals an interface that looks remarkably similar to a standard desktop experience. There's a taskbar, icons for tasks like opening the menu and searching, and system settings on the bottom right. Of course, it also shows off multiple apps open at once, including Gmail, Pinterest, and Google Sheets. (Quite the combo, eh?) 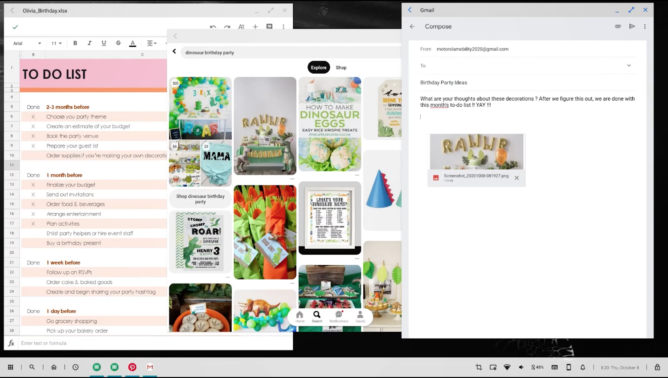 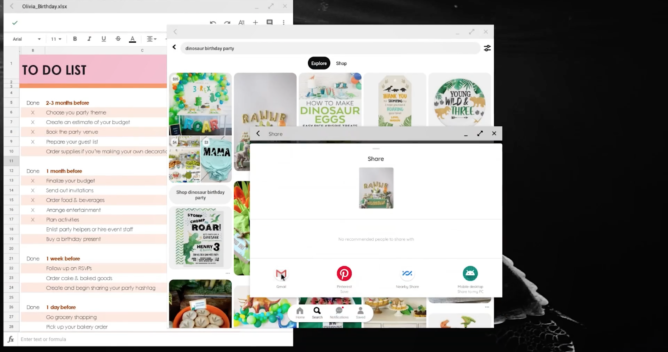 And that's not all — alongside the desktop mode, Motorola is also making progress on allowing closer integration between phones and PCs. There's a new Mobile Desktop app that may come with the company's Android 11 update allowing users to connect their mobile device to their computer via USB or Wi-Fi. While it seems limited to sharing files between devices at the moment, Motorola will likely work to expand its functionality over time. According to XDA, the Mobile Desktop app also works with the FreeRDP library to enable easy wireless connections via the built-in Remote Desktop Connection app on Windows 10. 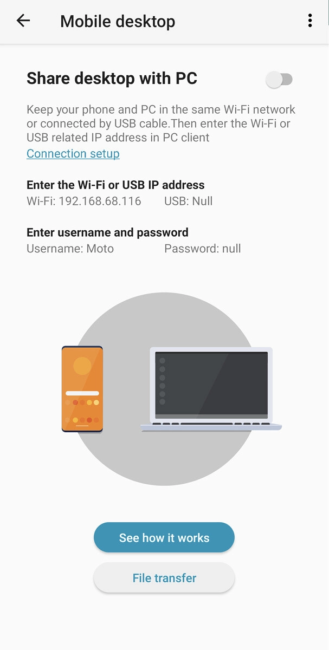 This app may be included in Motorola's Android 11 OTA update.

This isn't the first time Motorola has toyed with bridging the gap between form factors. In 2011, it released the Atrix 4G phone which docked into a laptop shell for multitasking on the go. Alas, the world wasn't ready for such power. Nowadays, many manufactures are creating desktop modes, including Samsung, Huawei, and even Google itself, to varying degrees of success. Will Motorola find some this time around, or are we looking at another Atrix?

Motorola's new mode is likely to debut on an upcoming phone with Qualcomm's newest 800 series processor, but it's not yet clear if the desktop experience will come to other devices. Only time will tell if this bridge will be more successful than previous efforts, but it's looking like a solid start so far.

One UI 3.0 update with Android 11 landing now for Galaxy S20-series phones on Verizon