The trailer above doesn't really show off much of Football Manager 2021 Mobile, most-likely because this is a simulation/management game that's mainly made up of menus, so there isn't much to show in the first place. Still, I'm sure fans would like to know what's changed since last year's release.

Mexico, Argentina, and the Canadian Premier League (fully licensed) are now included. There are also new tactical templates in the overhauled tactical system, along with revamped dynamics where you choose your club captain. A social component is also in effect that can influence dressing room harmony, and there's a youth development aspect where you can raise new players. Sega has also added pre-season prep in the mobile version, a much-requested feature.

As expected, Football Manager 2021 Mobile is priced at $8.99, just like previous mobile releases, while also offering in-app purchases that range up to $14.99 per item. So far, user reviews look to be mostly positive, though there are a few mentions of bugs (not that I ran into any), which is expected for a brand-new release. Ideally, these few bugs will be worked out in the coming weeks.

All in all, the arrival of Football Manager 2021 Mobile isn't much of a surprise since new versions of the game are released in a yearly cycle. Still, I'm sure Football Manager fans will be eager to get their hands on this one, so if you'd like to grab your copy, you can purchase the game through the Play Store widget linked below. 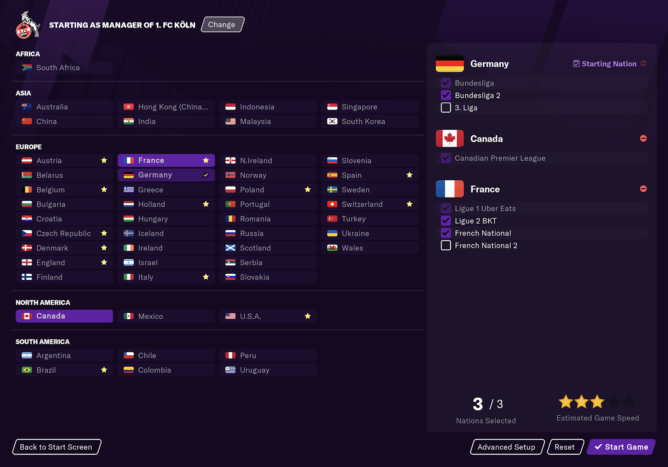 As you can see in the screenshots above, the UI in the Touch version is more suitable for larger screens, such as tablets, and even though the game looks fairly similar when compared to Football Manager 2021 Mobile, the entire game is streamlined for speedier sessions. Of course, if you wish to play the Touch version, you're going to have to cough up $19.99, which is cheaper than the PC and console versions of the game, though more expensive than the Mobile version listed in the article above. You can also expect to find a few in-app purchases in today's release, which range up to $4.99 per item.

So there it is. Football Manager 2021 Touch is now available on the Google Play Store for $19.99, and if you'd like to purchase your copy today, you can do so through the Play Store widget below.