Samsung's Galaxy Buds line of wireless earbuds have been some of the most recommended audio accessories to buy since their arrival last year. We learned new details about the company's upcoming Galaxy Buds last week, and now a few more things have been revealed thanks to the product's FCC listing — including its official name and a sketch of the charging case.

The new Galaxy Buds will be dubbed the Galaxy Buds Pro, according to documents published today by the FCC. There's also a diagram of where technical certification labels will be displayed, which gives us our first look at the overall design of the charging case that will contain the Buds Pro. Rather than the oblong shape of the Galaxy Buds and Buds+, it looks like the new case will closely resemble the more symmetrical construction of the Buds Live case. 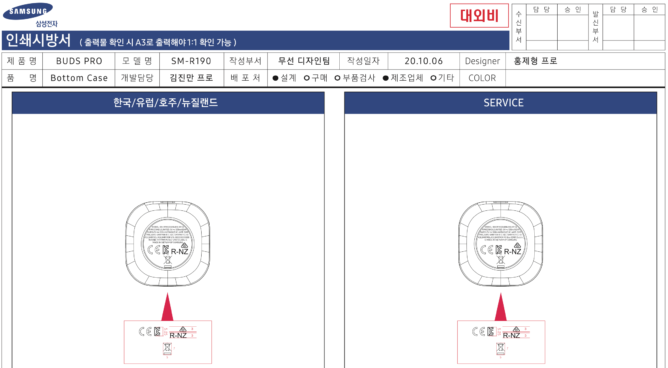 The Galaxy Buds Pro go by the model number SM-R190.

From what we know about Samsung's upcoming earbuds, the Pro moniker seems apt. They will be the company's first in-ear buds to feature active noise cancellation, and should feature a number of improvements over the Buds Live. I'm sure Apple naming its ANC earbuds AirPods Pro had nothing to do with Samsung's decision here. 😉

The Galaxy Buds Pro are expected to be unveiled alongside the Galaxy S21 series next year — possibly as early as January. And while there's still a lot to learn about the next-gen earbuds, we know that Samsung won't be serving us beans again this time.

Google could be facing new antitrust lawsuits before the year's out