Hangouts has managed to stick around for an awful long time, but Google finally announced that the migration to Chat will begin early next year. As the big day draws closer, the company is working to make the transition easier by allowing chats in Hangouts to show up seamlessly in Google Chat — as well as improving the group conversation experience in the app.

Hangouts conversations will begin appearing in Google Chat over the coming weeks, starting on December 3 with select Google Workspace and G Suite customers. Following group conversations, message histories will start showing up, too, which Google says will help users migrate from Hangouts to Chat without missing out on anything. Additionally, 1:1 messages, updated group conversations, and unthreaded rooms from Chat will be displayed in Hangouts. 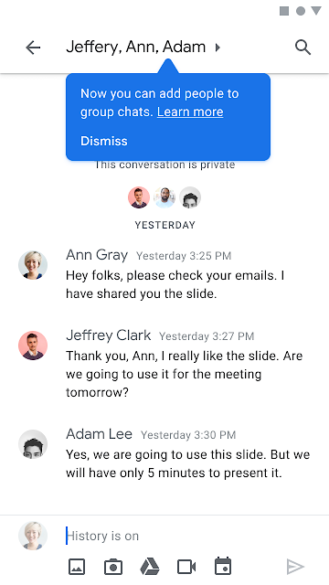 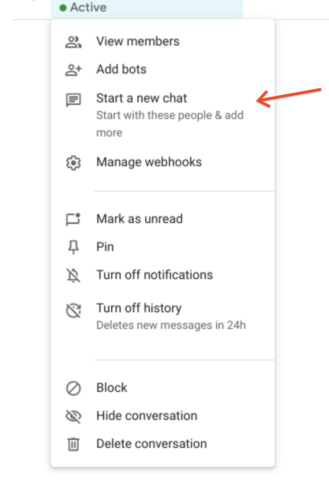 Now you can kick Ann out of the group chat! (She knows what she did)

Another new feature is also being added to improve the group conversation experience in Google Chat. Soon you'll be able to easily add or remove users from a group, which definitely seems like something that should've been possible all along.

It may be a drawn out death, but Hangouts is clearly on the path to departure now. Group video calls in Hangouts went away last week. Today's announcement will help to make things a bit easier for users migrating over to Google's newest communication solution — although there's still plenty of work left to do to ensure a smooth transition for Google Voice and Google Fi users.

PDFs imported to Google Docs will soon look better than ever