Dead Zebra is releasing vintage stock of a special edition bugdroid vinyl figurine celebrating Google's 20th anniversary. The figurines were originally distributed to Google employees back in 2018 — though the Google.com domain was registered in 1997 — but you can get your hands on some fresh stock while it lasts.

The 3" figure is painted white, blue, red, and green and comes with a pink party hat and a yellow balloon with a poseable wire. As with other Dead Zebra bugdroid minifigs, this one was designed by founder Andrew Bell and produced by DyzPlastic in China. 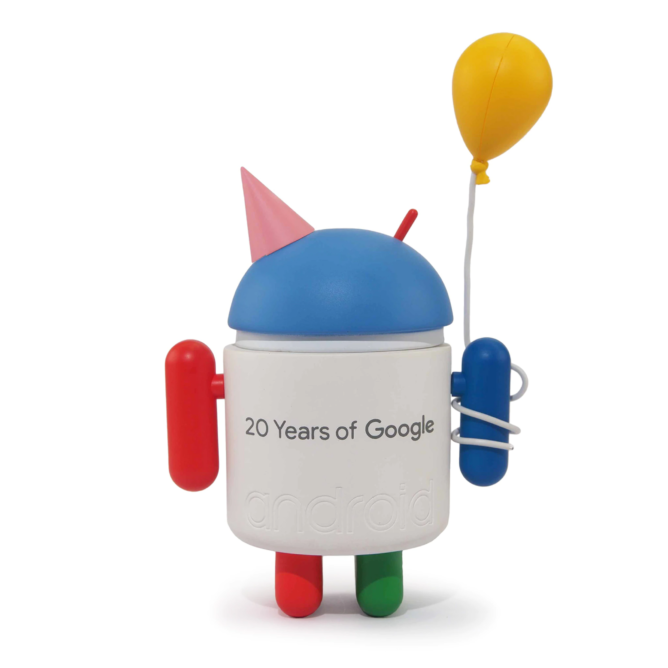 If you're looking for a bookshelf buddy or another droid to add to the collection, you can order one while you can for $15 at the link below.

We warned you this was a "while it lasts" situation, and it turns out longevity wasn't in the cards.

Ajit Pai stepping down as FCC chairman ahead of Biden inauguration

Google could be facing new antitrust lawsuits before the year's out