MicroSD cards can come in handy with a wide range of devices: phones, tablets, Chromebooks, cameras, Nintendo Switch consoles, and so on. It doesn't hurt to keep a few cards around for when one of your devices needs a bit more room, and now you can get 64GB and 128GB cards together for just $23.98 on Amazon.

The bundle on sale has one 64GB card and one 128GB card. Both of the microSD cards are A1-rated, which means they can function with Android's adoptable storage feature, through performance still won't be nearly as fast as internal storage on most Android devices. Each card also comes with its own adapter, so you can use them with devices using a standard SD card slot, like most dedicated cameras. 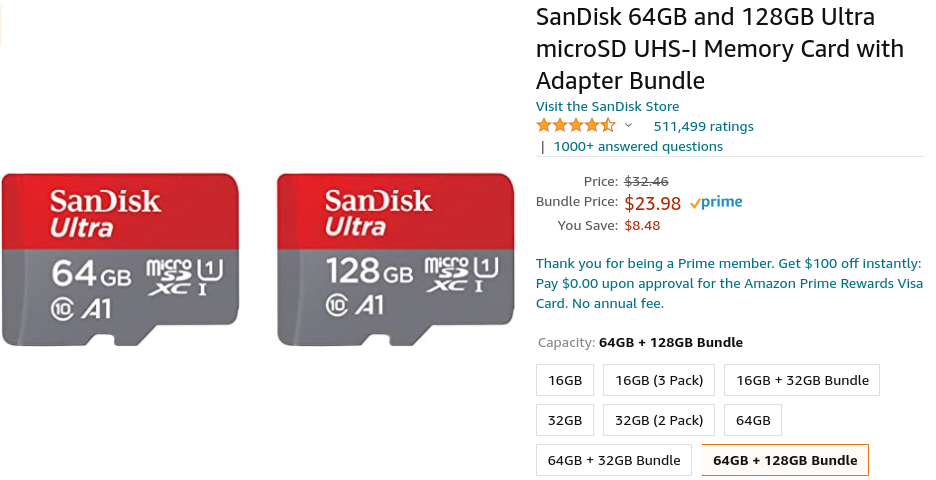 You can buy the bundle at the link below. SanDisk also has a bundle with a 128GB and a 32GB card for $1 cheaper, if you want that for some reason.