Samsung's One UI 3.0 on top of Android 11 edges closer to a stable release with news that beta testing has ended for some Galaxy Note20 devices. But with that end comes a new beginning: Galaxy S10 series devices are entering their own beta.

TizenHelp reports that the One UI 3.0 beta program in South Korea for the Galaxy Note20 and Note20 Ultra has closed after three rounds that started in October. Users are provided with a link to revert their software to the latest public version. Other Note20 owners in the beta for their own countries should expect to see similar messages from program administrators soon if they haven't already. It's also not clear if S20 series device owners will see their betas wrap up. 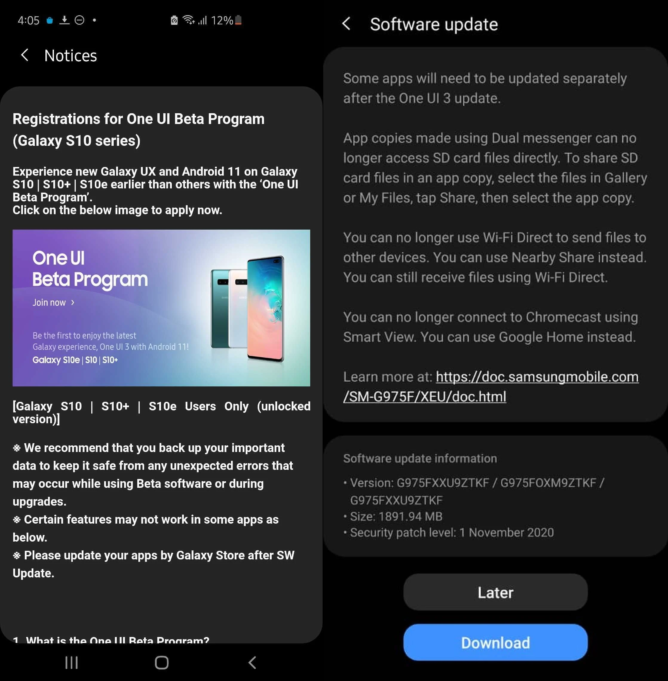 At the same time, SamMobile notes that unlocked Galaxy S10, S10e, and S10+ users in India, South Korea, and the United Kingdom are just now able to join the One UI 3.0 beta. Those interested can open the Samsung Members app to enroll, then manually pull down a software update and install it to take part. S10 owners in Germany and Poland may be able to enter the program as well.

YouTube is testing a timestamp button for easier commenting