Hangouts has been pronounced dead uncountable times, but Google's ill-fated attempt at an instant messaging service is kicking and fighting its demise. Now Google has taken another step to replace its old messenger with Meet and Chat, as group video calls have become unavailable on Android and the web following the latest app update.

When you first open Hangouts after updating to version 36.0.340725045, you'll quickly spot a banner informing you that "Video calls in Hangouts now use Google Meet. That gives you live captions, screen sharing, and more." This isn't entirely true just yet — one-to-one video calls are still there, though a new menu entry has surfaced that allows you to share a Meet link with somebody.

Group calls have been phased out entirely in favor of Meet. When you try to call a group via the video button, a Meet link will be pasted into your compose box automatically — a strange UX decision, to say the least, especially since people have to join this meeting proactively, and their phones and other devices won't ring.

Meet video calls are limited to 10 participants for free users and 25 for those on paid Workspace plans. That's a downgrade compared to the 25 participants that were available to everyone before. In return, you get features like the aforementioned live captions and screen sharing, but that's not really a solace if you need to call more than 10 people at once. 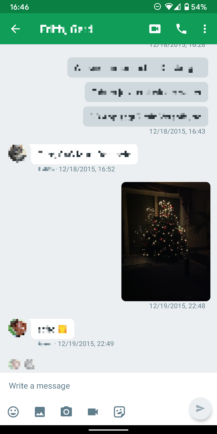 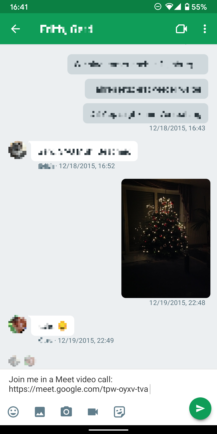 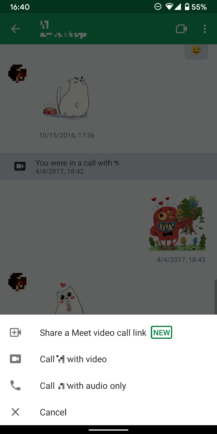 Right now, you can still revert to an earlier version of Hangouts for native group video calling, like v35.0.327050771, which we have over at APK Mirror. But with most phones automatically updating apps and the group video calling feature also disappearing from the Hangouts web interface, you might quickly be the only one with that version of Hangouts and could have no one left to videochat with.

As for a capable replacement that lets you talk to more than 10 people on a free plan, you could switch to Google Duo. But don't get too comfortable with it, as Google is looking into replacing it with Meet, too.

YouTube is testing a timestamp button for easier commenting