The Moto e7 is pretty unremarkable in many other ways. Its MediaTek Helio G25 chip, 2GB of RAM, and 32GB of (expandable) storage will make for modest performance, at best, while its large (6.5-inch) display won't look great with a 720p resolution. Other bells and whistles will be sorely missed, such as NFC, fast charging, and dual speakers. 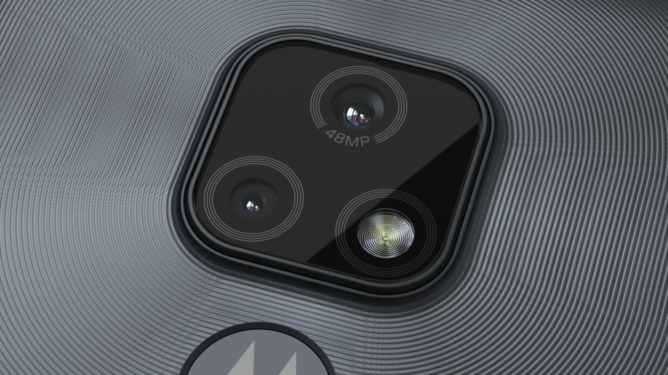 It's obviously found lacking in many areas, but at least there's a headphone jack, a rear-mounted fingerprint reader (within the Moto logo), and a relatively high-resolution main camera. There's also a dedicated Google Assistant button, for whatever that's worth. For £99, this might represent a decent deal for anyone seeking a bare minimum smartphone for the cheapest possible price. The Moto e7 comes in three colors, a rather bland grey alongside more exciting aqua and coral numbers. In the UK, you'll be able to get it from Amazon, Argos, Carphone Warehouse, John Lewis, 02, and Tesco. The Satin Coral colorway will only be available from motorola.co.uk. In Europe, it'll cost €119.99. Availability will be expanded to Latin America, the Middle East, and Asia in the coming weeks.