One of the primary purposes for smartwatches is to keep track of fitness, something Fitbit's offerings have always excelled at. Right now, two of the company's newest offerings are on sale, including $50 off the top-of-the-line Fitbit Sense and $30 off the Versa 3 model from a variety of online retailers. 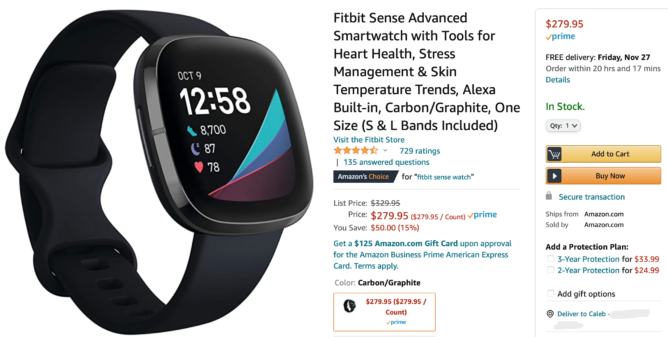 The Fitbit Sense is equipped with an ECG sensor that assesses your heart for atrial fibrillation. It has a plethora of other fitness-focused sensors as well, like an on-wrist skin temperature sensor and one that monitors nightly blood oxygen levels. With a battery life that lasts over six days and built-in GPS, the Sense is a great wearable for keeping track of everything from everyday workouts to special excursions. It even supports Google Assistant thanks to a recent OS update and you can talk to it and hear answers spoken out loud thanks to a mic and speaker combo. 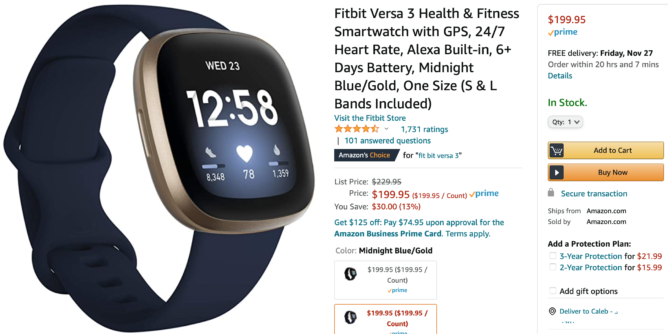 For $80 less, the Versa 3 offers many of the same basic features as the Sense, such as SpO2, GPS, and Fitbit's standard health tracking capabilities. It also received a software update that unlocked Google Assistant functionality in addition to existing Alexa support. It even has a built-in microphone and speaker for taking calls and talking to the default assistant.

Twitter will restart public applications for verified users in 2021