Samsung TV Plus was originally developed as a feature for the company's line of smart TVs, giving buyers something to watch before they plugged in a cable box or logged into Netflix. Samsung started rolling out the service to a handful of Galaxy phones earlier this year, and now the app is coming to even more devices.

Starting on November 23rd, Samsung TV Plus will roll out to the Galaxy Z Fold2, Z Flip, and original Galaxy Fold. Perhaps more importantly, the service is also arriving on the Galaxy A series, S9, and Note9. That means just about every recent flagship and mid-range Samsung phone will have access to the service.

Besides the expanded availability, not much is changing with Samsung TV Plus. It now has over 150 channels, but they're a mix of networks mirroring traditional cable channels (like CBSN or Bloomberg) and looping playlists of various shows (like the Kitchen Nightmares channel). Still, Galaxy device owners might find something worth watching there that isn't available on competing options like Pluto TV or Plex. 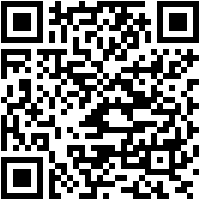